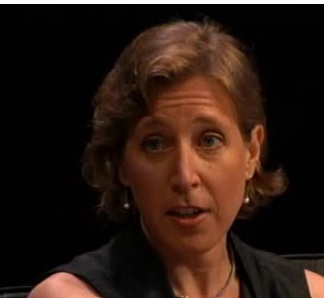 Google Ad chief Susan Wojcicki has some advice for Web companies wondering if their products will be a success. Reminiscing about the early days of AdSense to Steven Levy at Wired’s business conference here in New York City, she says: “You know really soon if your product is going to be successful. That is what I love about the Web. When we turned on AdSense, within the first hour we had people signing up every other minute. We were shocked, there was so much demand.”

And this was after a colleague told her it could never come anywhere close to AdWords. He was right in terms of bottom line profitability, but AdSense is part and parcel of the Web at this point. Why did AdSense take off so quickly. “I know this is obvious,” says Wojcicki, “but most people don’t get this. There are more people who want to be paid than actually pay.” In other words, AdSense was a product that promised any Website owner a way to get paid.

Levy mostly lobbed softballs at her, but he did ask one question about Google’s social ambitions. He noted that many people think that social is simply not in Google’s DNA. “I’ve heard that before,” replied Wojcicki. “I’ve heard that advertising is not in our DNA. That was not true. Or that display advertising is not in our DNA. That is not true either. This is such a fast moving market that every company has to be able to learn quickly and adapt, and we will.”

Maybe, but it is obvious that Google is still thinking of social as one more factor to add to its all-encompassing algorithm (Google’s hammer that it applies to every problem). “Social is an important signal,” she notes. “There is an opportunity for us to incorporate that to serve more relevant and useful ads.” So far, it is difficult to determine whether that approach is yielding better results.

Wojcick, a Google veteran, is one of the SVP’s who is part of Larry Page’s new executive team.