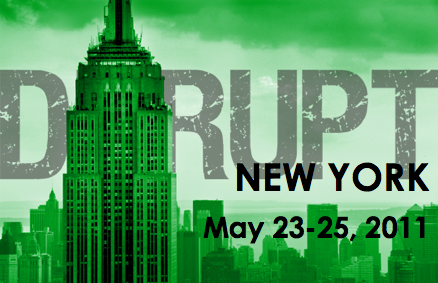 The speakers for Disrupt just keep on getting better and better. Today, we are extremely excited to announce four more guests who will join us at this year’s Disrupt in New York City: Marissa Mayer, David Karp, Kevin Systrom, and Tony Conrad.

Marissa Mayer joined Google in 1999 as Google’s first female engineer. She ran the search product for years and is now the VP of Local & Maps at Google. Mayer will be one of the finalist judges at the Startup Battlefield. She’s tough, she’s done it before, and we are grateful to have her back.

David Karp is the CEO and founder of Tumblr, one of the hottest startups in New York and also one of fastest-growing websites, period. Tumblr is built on the principle that self-expression should be easy. Karp recently raised $30 million to keep up with all the growth.

Kevin Systrom also knows a thing or two about hockey-stick growth, but at an earlier stage than Tumblr and on mobile. Systrom is a co-founder of Instagram, an incredibly popular photo sharing application for the iPhone. Instagram took only 6 weeks to pass 2 million users and shortly after was adding an estimated 130,000 users per week.

Finally, Tony Conrad is the CEO and co-founder of about.me, which was acquired by AOL is December of 2010. Tony is a Founding Venture Partner at True Ventures where he serves on the Board of Directors of Automattic, appssavvy, StockTwits, and more. He is also a Special Advisor to AOL Ventures.

As we get closer to Disrupt NYC 2011, we are going to keep announcing new guest speakers week after week. You can read the full list of announced speakers here. If you haven’t purchased a ticket already, you can do so here. Early bird ticket prices end April 30th at midnight PST, so if you want the best prices, make sure to purchase them soon.

Disrupt in NYC is going to be big. We have taken over a Pier 94, we are planning amazing after parties, and we have more surprises in store. If you’d like to become a part of the Disrupt experience and learn about sponsorship opportunities, please contact Jeanne Logozzo or Heather Harde for more information. 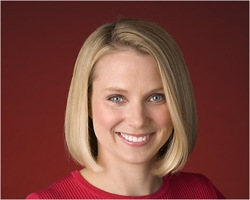 Marissa Mayer is the Vice President of Local & Maps at Google. Previously she was Vice President of Search Product and User Experience. Mayer joined Google in 1999 as Google’s first female engineer, where she led the user interface and web server teams at that time. Her efforts have included designing and developing Google’s search interface, internationalizing the site to more than 100 languages, defining Google News, Gmail, and Orkut, and launching more than 100 features and products on Google.com. Prior to joining Google, Mayer worked at the UBS research lab (Ubilab) in Zurich, Switzerland, and at SRI International in Menlo Park, California. Mayer has been featured in various publications, including Newsweek (“10 Tech Leaders of the Future”), Red Herring (“15 Women to Watch”), Business 2.0 (“Silicon Valley Dream Team”), BusinessWeek, Fortune, and Fast Company.

Tony Conrad is CEO & co-founder of about.me (acquired by AOL in December 2010). He is also a Founding Venture Partner at True Ventures where he serves on the Board of Directors of Automattic (WordPress), appssavvy, StockTwits, RescueTime, PastFuture (GDGT), KISSmetrics, 20×200, FREEjit, Small Batch (Typekit), WeGame and led True’s investment MakerBot & Plancast. Tony also serves as a Special Advisor to AOL Ventures. Previously, Tony co-founded Sphere which was acquired by AOL in April, 2008. In addition, Tony has served on the Board of Directors for Oddpost (acquired by Yahoo), Iconoculture, MusicNow (acquired by Circuit City), and Centive (acquired by Xactly). Tony also played an active role managing investments in Post Communications (NASDAQ: NTVS), QuinStreet (NASDAQ: QNST), Danger (acquired by Microsoft), Sabrix and Stonyfield Farms (acquired by Groupe Danone). 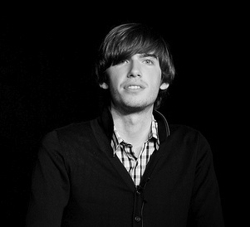 David Karp is a high school dropout and the founder and CEO of Tumblr. Karp grew up on the Upper West Side of Manhattan, the son of Barbara Ackerman and Michael Karp. He attended The Calhoun School from 3rd to 8th grade, where his mother taught science, until high school when he briefly attended Bronx Science before dropping out at the age of 15 and being homeschooled. Karp began interning for animation producer Fred Seibert at 14, and from there went on to work as a software consultant for UrbanBaby, an online parenting forum. Karp left UrbanBaby in 2006 and began working on Tumblr later that year. The site launched early in 2007. 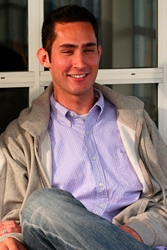 Kevin Systrom is a co-founder of Instagram, a photo sharing application for the iPhone. He also founded Burbn, an HTML5-based location sharing service. Kevin graduated from Stanford University in 2006 with a BS in Management Science & Engineering. He was an intern at Odeo that later became Twitter. He spent two years at Google, the first working on Gmail, Google Reader, and other products and the latter where he worked on the Corporate Development team.