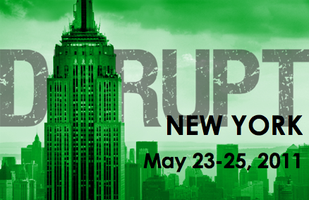 Where there are startups, there are great investors backing them up. The resurgence of New York City as a startup capital the past few years has witnessed the rise in prominence of several East Coast investors across the spectrum from super angels to super VCs. Today, we are incredibly pleased to announce that Fred Wilson, John Borthwick and Josh Kopelman will all join us for this year’s Disrupt in NYC.

All three invest early and often, and represent a new breed of founder-friendly investors who contribute more than just capital. Speaking of money, if you still haven’t purchased a ticket and would like to do so, tickets are available here.

On the super VC end of the spectrum, it’s hard to compete with Fred Wilson of Union Square Ventures. He was an early investor in Twitter, Zynga, Foursquare, Tumblr, and Etsy, Wilson is also a proficient blogger and an avid user of Web products, which is why founders like Jack Dorsey and Dennis Crowley seek him out.

John Borthwick is more of an operator than an investor. As CEO of betaworks he incubates projects which turn into startups (he is also the CEO of bit.ly, and oversaw the development of its News.me iPad reader), but he also invests in outside startups such as Tweetdeck, UberMedia, DailyBooth, and Summize (acquired by Twitter and powering its search).

Josh Kopelman is a founder-turned-VC. After he sold Half.com to eBay for $313 million in stock and ran it for a few years, he ended up starting First Round Capital, an early-stage venture firm that strives to put the entrepreneur first because Kopelman’s been there.

Wilson, Borthwick, and Kopelman will join our previously announced speakers which include Tim Armstrong, Roelof Botha, Ron Conway, Dennis Crowley, Chris Dixon, and Arianna Huffington. As we get closer to Disrupt NYC 2011, we are going to keep announcing new guest speakers week after week. You can read the full list of announced speakers here.

This year’s Disrupt NYC is going to be huge. We have even taken over a whole pier and we have many more announcements and surprises coming up. Also, be on the lookout for our ticket giveaways every Friday.  If you’d like to become a part of the Disrupt experience and learn about sponsorship opportunities, please contact Jeanne Logozzo or Heather Harde for more information.

Fred Wilson began his career in venture capital in 1987. He has focused exclusively on information technology investments for the past 17 years. In 1996, Fred co-founded Flatiron Partners. While at Flatiron, Fred was responsible for 14 investments including, ITXC, Patagon, Starmedia, TheStreet.com and Yoyodyne. Fred currently serves on the boards of Alacra, Comscore, iBiquity, Return Path, Instant Information and Tacoda Systems.

John Borthwick is CEO of betaworks. betaworks is new form of internet media company. Prior to betaworks John was Senior Vice President of Alliances and Technology Strategy for Time Warner Inc. John’s company, WP-Studio, founded in 1994, was one of the first content studios in New York’s Silicon Alley. John holds an MBA from Wharton (1994) and an undergraduate degree BA in Economics from Wesleyan University (1987).

Josh Kopelman is a venture capitalist and Managing Partner at First Round Capital. Previously, Kopelman founded Half.com, which was acquired by eBay in 2000. He remained with eBay for three years, running the Half.com business unit and growing eBay’s Media marketplace to almost half a billion dollars in annual sales. In late 2003 Kopelman helped to found TurnTide, an anti-spam company that created the world’s first anti-spam router. TurnTide was acquired by Symantec just six months later. In 2001 Kopelman co-founded the Kopelman Foundation, a non-profit grant fund for social entrepreneurs. He also serves as a member of the advisory boards for Wharton Entrepreneurial Center and the Weiss Tech House at the University of Pennsylvania.