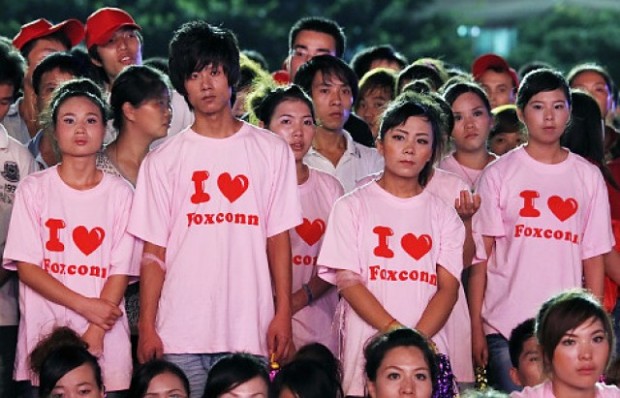 Ancient Chinese proverb says, “Man who goes against Apple will lose his right to eat any fruit ever again.” Digitimes is reporting through Chinese-language sznews.com that three employees were arrested by local police on December 26, 2010 and eventually charged on March 23, 2011 for violating the company’s trade secrets. Reportedly these employees leaked the iPad 2’s design to accessory makers.

This sort of explains the uptick in pre-release 3rd party accessories that hit the Internet months before Apple revealed the new design. The first one dropped in early December 2010. Most of these were just widely wrote off as speculative cases produced from word-of-mouth specs. But apparently not. This hit just as Foxconn reported a 53% rise in consolidated revenues for 2010. The report doesn’t mention the punishment but it’s probably not a wrist slap. The Chinese manufacturing industry rules with a shiny white iron fist.