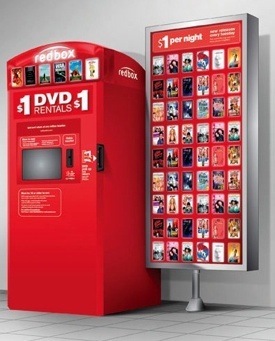 We’ve seen games at some Redbox locations for a good while now, but it looks like the kiosk rental service is finally ready to throw down for realsies. Games will be coming to 21,000 locations starting on June 17, and they’ll be rentable for $2 per day.

Sounds like a good deal to me — most single player campaigns these days can be finished in a couple serious sit-downs. And of course now when you’re picking up beer for the party, you can grab… I don’t know, We Dare or something. You’ll probably end up making out with your roommate. Just like the ads!

21,000 doesn’t mean everywhere just yet, but if you’ve got a Redbox in a well-trafficked area, it’s probably on their list. Head over to RedBox for more information. Here’s the full press release, for people who collect such things:

GAME ON! REDBOX ANNOUNCES IT WILL OFFER VIDEO GAME RENTALS NATIONWIDE THIS JUNE

“Redbox will increase consumers’ access to video game rentals by leveraging our incredible technology and business model to keep rental prices low for consumers,” said Mitch Lowe, president, redbox. “With more than 21,000 redbox locations slated to feature video game rentals alongside movies this June, redbox will be the one-stop shop for entertainment.”

Redbox, a Coinstar, Inc. brand, has tested video game rentals alongside movies at 5,000 redbox locations. “Redbox has rented more than one million video games in less than two years at these locations, underscoring the popularity of video game play in America,” added Lowe.

Today, nearly 64 percent* of people in the United States own a game console.
Upon launch, redbox will feature games across the three major console platforms: PLAYSTATION® 3, Nintendo Wii™ and Xbox 360®. Video game titles will range from top releases to popular family and kids titles.