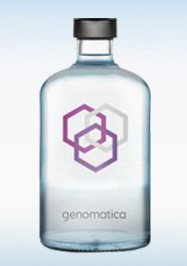 One of the largest chemical companies in Asia, Mitsubishi Chemical Corp. in Japan, has formed a partnership with San Diego, Calif.-based Genomatica, a sustainable chemicals startup, the companies revealed today.

Genomatica converts sugar from corn wet mills, sugar cane and sugar beet — among other sources — into butanediol (BDO), a chemical used to make everything from the plastics in consumer electronics and cars, to the spandex and foam found in athletic shoes and apparel.

The chief executive and founder of Genomatic, Christophe Schilling, explained:

“Our scientists used computational modeling and simulation of metabolism to study how living cells function, then designed and developed organisms that produce BDO directly from sugar. No other company does this, and there’s no naturally occurring organism that makes BDO. We project — using renewable feedstock and our proprietary processes — we will save on the order of 70 perecent of CO2-emissions, and use 60 percent less energy to produce BDO, and other chemicals.”

Through their partnership Mitsubishi Chemical and Genomatica plan to: build the first commercial “bio-BDO” plant in Asia as a joint venture; and to develop additional, sustainable chemicals and applications using Genomatica’s technology.