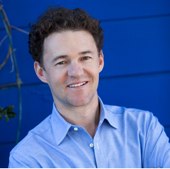 Social gaming company CrowdStar has hired former Glu and Transpera executive, Alex Galvagni, as the Head of Studios. In his role, Galvagni will be taking on a COO-like position, heading up scaling the company in operations, games, and hiring.

Prior to working at CrowdStar, Galvagni was the President and COO of mobile video advertising company Transpera, which was acquired by Tremor Media in February. Previously, Galvagni was the Senior Vice President of Global product development for Glu Mobile, where he worked for eight years. During his time with Glu, he built, scaled and led the technology and product development of the company. Galvagni also served as an Architect at BEA Systems where he planned the extension of the WebLogic platform to mobile computing.

It’s not surprising that CrowdStar brought on a seasoned mobile exec as the company is hoping to expand to additional markets is through mobile initiatives. Crowdstar has a number of hit games on Facebook including Happy Aquarium and It Girl. And in terms of monthly active users, the gaming company is fourth in line (it was at the second spot in February) behind Zynga and EA.

But recently CrowdStar went through a bit of a shakeup, with a number of recently hired executives leaving the company. Executive Chairman Peter Relan stepped in the CEO spot in January, and is looking to help the company grow in terms of users and games. And CrowdStar has been actively hiring. The company began the year out with 75 employees and now has 100 staffers.