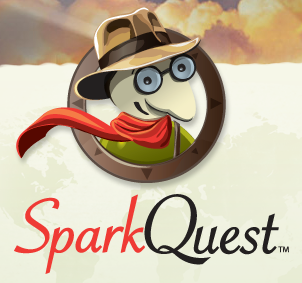 This capability basically enables consumers to get instant and repeat rewards at the merchants they frequent most (merchant list here), as well as ‘experiences’ that are tailored to their personal interests.

SparkQuest also features interactive, game-like quests that are connected to merchant deals and rewards and allow consumers to engage with their friends and social networks.

Facts of Groupon’s and LivingSocial’s stunningly fast and continued growth notwithstanding, Sparkfly founder and CEO Catherine Tabor posits that consumers have ‘burned out on one-hit, mass-marketed daily deals’.

The company, founded in 2001, says it has dedicated several years to developing the technology that ‘fills that gap’, backed with a portfolio of more than 20 issued patents.