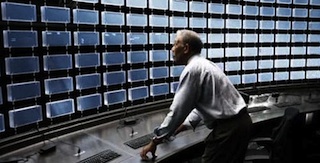 Last week, I was on vacation and I promised myself that I wouldn’t do any work. I was still lightly browsing tech news just because I really enjoy reading tech news — yes, even on vacations. I came across the Apple location story and started to read some of the commentary about the situation. Most of it was idiotic. Pure FUD. It was really hard not to open my laptop and start typing — so I tweeted some snark instead. But now I’m back. And now Apple has officially weighed in. It’s time to start typing.

The situation is a joke.

That’s not to say the actual issue at hand is a joke, but rather the coverage of the issue is. In that regard, it reminds me a lot of “Antennagate” last year. It was the biggest deal ever. It was the death of the iPhone. It was the end of Apple. …in the press. The reality of the situation was the vast majority of actual consumers didn’t give a shit — and rightly so. Apple sold more iPhones than ever last year — by a wide margin. The device is now the source of the majority of revenues for the company.

But it’s a broken device, remember?

As I maintained throughout the fiasco, the issue with the antenna was real, but it really wasn’t a big deal. The same is true here.

Reading the press coverage this past week, you’d think Apple was watching your every move. You might think they were plotting to rob your home. Or at the very least, they were going to make it easy for criminals to use your iPhone against you to rob your home. If you carried an iPhone, you were going to be attacked by shadowy villains tracking you. That was the basic gist across dozens of publications.

This fear mongering quickly spread to other companies in the mobile space. Google. Microsoft. They’re all out to get you. They’re all tracking your information to give to criminals. The motives weren’t entirely clear. But the intent was. Evil.

And now that Apple has formally weighed in with a lengthy explanation (which Robin translated into slightly easier to understand and humorous terms) of the issues, the FUD has slowed, but doesn’t appear to be stopping. “Okay, so Apple isn’t tracking you, but they’re tracking the cell towers you’re close to — which is the same thing.” That’s this week’s more convoluted variation of “Apple is tracking you.” The underlying FUD is the same. They’re out to get you. And they will!

Let’s take a step back for a moment.

What Apple is actually doing is collecting data points to build up their own location database, as Erick explained last week. Why? Because as we first reported last year, in April 2010, Apple made the move to ditch former partners Skyhook Wireless and Google, who were previously supplying them with such a database — information necessary for all location services on the phone.

And guess how those guys built-up and updated those databases? The same way (though as Apple briefly mentioned today, each company that collects such information has different methods for doing so). Previously, the iPhone was sending this same type of information to Skyhook. Now they’ve taken full control of that information. Apple likes to be in control of its own products. This should be absolutely no surprise.

Building an all-encompassing location database is hard. Really hard. By far the best way to do it is to crowdsource the creation. And the best way to do that is to use the mobile devices that people have on them. Otherwise it would be back to using cars to drive around constantly getting this information (which I believe both Skyhook and Google have done) and the data is less consistent, less up-to-date, and harder to get.

The alternative is to use GPS data. But that can take several minutes to get at times. Or if you’re indoors, it might not work at all. This means that location services, including many of the location-based apps that are now popular, would not work.

So instead your mobile device is used to anonymously record, encrypt and send this cell tower and WiFi hotspot data to Apple. The keywords “anonymously” and “encrypt” are paramount here, yet both have been downplayed in nearly every story on the issue. Apple has no clue who you are based on this data. They have no way to know that. And they have no reason to want to know that. And anyone trying to snatch this data out of the sky would not be able to read it.

The problem — that is, the actual problem — is the way each iPhone has been keeping these logs. That leads to three sub-issues, none of which are as big as the FUD would have you believe. But they do need to be addressed. And they are.

The first issue is that the location log is really big. In fact, it could span years, showing your general movements throughout that time. That’s how the nifty research behind this ordeal came about.

Theoretically, someone could steal your phone, hack it, and get access to this data. This could potentially show them where you were up until the point they stole your phone. (Of course, given that they stole/found your phone, they would probably already know that.)

But wait. If they stole/found your phone, couldn’t they also have access to information like your address, the addresses of friends/family, all your phone numbers, perhaps some passwords, maybe monetary information? Yes, but that’s not as sexy of a story.

Oh, and if your phone had any app like Foursquare, Gowalla, Loopt, etc, they could just open those apps and get all your actual location information without hacking the device? Yep, but again, Apple has nefarious intent here, remember?

Let’s face it, our phones have a lot of potentially personal information about us on them beyond just location. That’s why it really sucks when we lose them or they’re stolen. And just imagine when these devices all have NFC chips in them for easy payments. That’s really going to suck. I’m sure the FUD stories will start about that in the next year or so.

But back to the issue at hand. Apple SVP Scott Forstall explains the log length mistake (and that’s exactly what Apple is claiming it is — and there doesn’t appear to be a reason to believe otherwise) pretty well in an interview with Mobilized’s Ina Fried:

We picked a size, around 2MB, which is less than half a song. It turns out it was fairly large and could hold items for a long time.

Two megabytes does sound very small. But this data is very small, so the iPhone is holding a lot of it. Apple will be correcting this to make sure only roughly seven days worth of data is cached on the device going forward with a software update.

Why cache at all? As Forstall explains and Apple hits on a bit in their statement, if they didn’t do this, they’d have to do location calculations on the server. Though not explicitly said, that would be both slower and potentially less secure. Also only briefly mentioned is that this anonymous data can help third-party developers debug when an app crashes.

Another — again, real, but minor — issue is that when you backed up your iPhone, this location data log was transfered over to your computer. If you select to encrypt your backups as an option, it was encrypted. If you don’t, it was not (but still protected). Because of that, someone could technically steal or access the computer you sync your iPhone with and get access to this file(s).

Of course, if they stole or accessed your computer… hopefully you know where I’m going here.

Regardless, Apple has determined that they should no longer backup this location cache, and with the upcoming software update, they no longer will.

The final — and actually most important — issue is that when you turned off sharing your location, Apple was still generating the anonymous logs for their location database. They shouldn’t have been, and they acknowledge that saying it too was a “bug”. Bug or oversight, they’re also going to correct this shortly.

So that’s it. Three issues, each of which is being corrected with a simple software update. Were these mistakes? Yes. But they could each be easily chalked up to rookie mistakes in Apple’s first foray into location database building. What they cannot be chalked up to is evil intent.

Further, the fear-mongering going on about these issues is just insane. These issues have persisted in iOS for a long time now. How many incidents have they lead to? Even if Apple didn’t fix them, what’s the likelihood that they would lead to any sort of incident? It would take a separate criminal act (stealing or illegally accessing/hacking your phone/computer) to even get to the point where a perpetrator could potentially do something with the data. And even then they would only know approximately where you’ve been in the past.

Okay, well what about the police or government using this data to track you? If they really wanted/needed to, they would go to the phone companies and do it that way. They would not look at your WiFi triangulation logs.

I’ve been sitting on panels about location issues for a few years now. The discussion always falls to the same place: privacy and security. But the funny thing is that increasingly, it’s not the “regular” users who take the discussion there, it’s those of us in the media who know this is the sexy thing to talk about because it sounds scary.

This also extends to the recent stories in the Wall Street Journal and other publications that range from oddly out of touch to wildly misinformed about technology, privacy, and security in general. (As a sidenote, isn’t it great when a company that makes money by dishing out subscriber data to marketers complains about privacy and security?)

Are there real issues to think about and debate? Of course. But there’s a way to do that without knowingly being an asshat in an attempt to drive fear.

Guess what? The phone that you bought at least partially because it offers you access to cool new location services, needs location data for those services to work. How dare they! Let’s sue! Oh, you’re a Senator? Let’s attempt to make a name for ourselves in the press by leveraging this overblown controversy in the guise of protecting the people.

Let’s be honest: no one is going to be talking about this issue in a few weeks. Why? Because it’s not actually a huge security issue and never was. It’s one that the press really badly wanted to be one. It generated hundreds if not thousands of widely read stories this past week. And it will generate more such stories for the next few weeks or so, depending on if and when Apple is actually called to Washington to testify about this.

Forget about balancing the budget, Apple’s phones with location capabilities that need to collect locations to work are collecting locations! I just read about it in all the major papers! It’s a big deal. We’ll figure out why later.

Then all of a sudden, everyone will stop talking about this issue. It will be completely forgotten. On to the next FUD.