Pixelpipe, a San Francisco-based startup that offers a ‘content distribution gateway’ that basically allows people to upload text, photos, videos and whatnot to a variety of social networking and media sharing sites at once, has raised $2.3 million in funding according to this SEC filing.

The company has earlier raised an undisclosed amount of funding from angel investors like James Joaquin and Russ Siegelman, but this is Pixelpipe’s first institutional money since it was founded by Brett Butterfield, former director of R&D at Kodak, back in 2007.

The company offers a slew of tools, including mobile applications for iPhone, Android and more, to help users distribute media to over 100 social networks, blogging platforms or media sharing services, from within a single environment.

We’ve contacted the company to learn who invested, and what the additional capital will be used for. We’ll update when they get back to us. 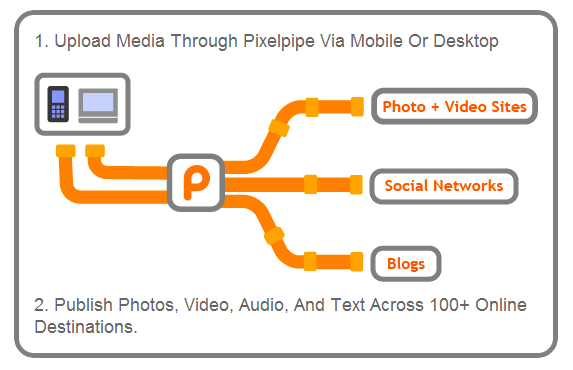