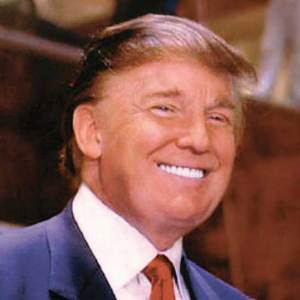 Let me start of by reiterating how much I hate Donald Trump.

Hate is, of course, a strong word. But then again so are “liar”, “crypto-racist” and “criminally-irresponsible publicity whore”. And there can be fewer more hateful blots on the current landscape of American politics than that of Trump – looking for all the world like a pugnacious Oompa-Loompa with a comb-over – dog whistling to the racist “birther” movement in order to promote his crappy reality TV show.

And yet, for all that I despise Donald Trump and everything he represents – including his range of ties, and his Vegas hotel – there is one aspect of his recent behavior for which I need to give him unqualified credit.

For all of Donald Trump’s faults, at least he isn’t an anonymous Internet commenter.

Just look at what happened when Salon’s Justin Elliot wrote a piece about how Trump could run for President and still hide his net worth. Four days later, Elliot received an email from Trump’s assistant. The subject line was unambiguous: “Message from Mr. Donald Trump.”

Attached was a scanned image of a print out of Elliot’s article, on to which Trump had hand-scrawled a reply.

JUSTIN – I HAVE NO PROBLEM – I WOULD, IN FACT, FILE EARLY – YOU WILL BE VERY SURPRISED – BEST WISHES, [Signed] Donald Trump.

Bravo, Donald Trump, BRAVO. Apart from the shouting, his approach to Internet commenting is faultless: he keeps a civil tongue, he spells and punctuates correctly, and – most importantly – he signs off with his real name.

What’s more, as Elliot points out, this isn’t an isolated incident. Last month, Trump sent a similar print out – this time by mail and enclosing an embossed business card, to Vanity Fair editor, Graydon Carter, after writer Juli Weiner wrote an unflattering blog post about Trump’s presidential run. You can see a scan of Trump’s response here. It’s pretty amazing.

I mean, sure; printing, scrawling, scanning and sending is not the most efficient way to post a comment on the Internet. But, compared to certain other billionaires, Trump is positively Scoblerian in his rapacious embrace of new technology. (One of my favourite passages in Nicole LaPorte’s DreamWorks biopic, The Men Who Would Be King, describes how Jeffrey Katzenberg had an intern carry out Internet searches on his behalf, videotaping the results so he could watch them later.)

And, as Elliot explains, Trump even uses a billionaire equivalent of Google Alerts…

Oh, and how did Trump see my article? Is he a Salon reader? I asked his assistant, Thuy Colayco.

“You’d be surprised,” said Colayco. “Anything that gets written about him is forwarded to him.”

Oh, the super-rich: they’re just like you and me.