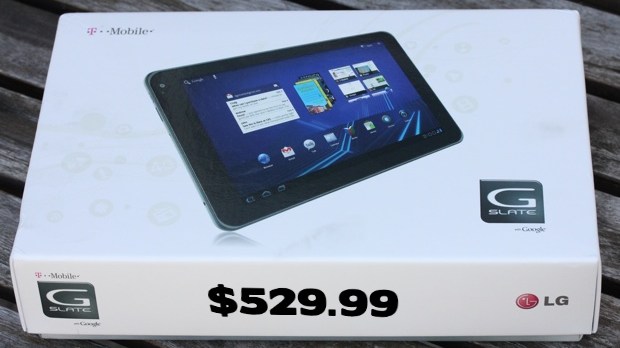 We’ve heard it a few times before, but now it’s official: the T-Mobile G-Slate, also known as the Optimus Pad, will be hitting the US tomorrow, April 20th, for $529.99 with a 2-year contract. If you want one contract, free, it’ll set you back $750 — more than the equivalent iPad, but remember, this one has 3D!

Although the usual pricing bickering will follow, the main problem isn’t getting your money’s worth ($750 is competitive, if not enticing) but that there’s no lower-spec option with less space, no 3D, no 3G, or what have you. I mean, there are of alternatives, but these initial Honeycomb tablets seem to be shooting a little high.

We’ll have our review up really soon, though, so keep an eye on the front page and we’ll let you know whether it’s worth your hard-earned dollars.

Oh, and T-Mo reminds you that if you sign up for info before tomorrow, you can get a little discount.