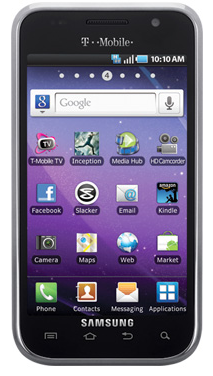 The Wall Street Journal reports that Apple has just filed another lawsuit in its legal crusade against Android: a ‘look and feel’ complaint against Samsung phones including the Galaxy S 4G, Epic 4G, Galaxy Tab, and Nexus S, that have allegedly copied “Apple’s technology, user interface and innovative style”. The suit was filed in the Northern District of California on April 15. The fact that the Nexus S is included is important, as this features Google’s stock build of Android 2.3.

And, as the report notes, Samsung is actually a chip supplier for Apple products.

This is only the latest attack in Apple’s war against phone manufacturers who have created popular Android devices.

In March 2010, Apple launched a patent infringement case against HTC that went for the jugular: it cited infringements on “20 Apple patents related to the iPhone’s user interface, underlying architecture and hardware”. The suit was a clear attack on Android (many of HTC’s most popular devices run Google’s mobile OS), and Google was quick to say that it had HTC’s back.

Because the suit was filed with the International Trade Commission, an Apple victory could mean that infringing HTC devices are banned from importation in the US. This morning, the staff of the ITC announced that it recommended against siding with Apple. This is pleasant news for HTC and Android fans, but it doesn’t actually have any consequence — this was just a staff recommendation, and it’s still up to the judge to decide whether or not to ban HTC devices.

And Apple isn’t the only one looking to fend off Android with lawsuits. Microsoft has filed suit against Motorola claiming nine cases of patent infringement (and got HTC to license its patents, likely to avoid a legal dispute).