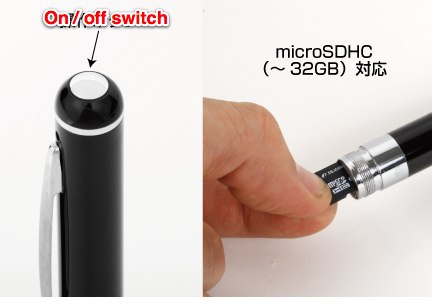 Tokyo-based USB accessory maker Thanko has updated one of its coolest spy gadgets, the so-called Slim Video Pen HD [JP]. As the name suggests, it’s a pen that houses a micro camera to shoot video in HD, namely in 1,280×960 resolution (and at 30fps).

And in contrast to a similar pen Thanko introduced last year, this new one starts recording automatically when it detects motion (Thanko doesn’t specify from how far away). 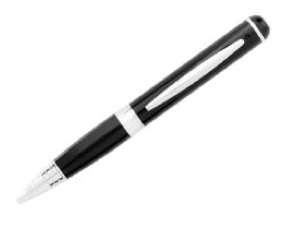 The video is stored in the AVI format on microSD cards (32GB max.) and can later be transferred to a computer via mini USB 2.0. Thanko says the built-in battery lasts for about 75 minutes and that 1GB is enough to store 30 minutes of material.

The company is already selling the spy pen on its Japanese website [JP] for $61. Ask Geek Stuff 4U if you live outside Japan and are interested in getting one.