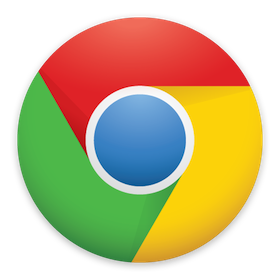 Today during the Q1 2011 earnings call, Google had a few things to say about Chrome and Chrome OS that were interesting. Well, more like intriguing — because they were a bit odd.

First of all, a few times during the call, Google executives touted the fact that Chrome now has 120 million active daily users. This is supposedly up 40 percent in the past year, which sounds about right. But they also said that they’re now seeing 30 percent growth quarter to quarter in terms of usage. The problem is that they’ve given out this exact stat 120 million before — in December of last year.

Yes, exactly a quarter ago, Google also said they were seeing 120 million daily active users of Chrome. So if they’re growing 30 percent quarter to quarter, shouldn’t they have significantly more users now? I asked Google specifically about this, and all a spokesperson had to say was that 120 million is the most recent number they had.

During the same call, new SVP of Commerce and Local, Jeff Huber, noted that Chrome OS was coming “later this year”. This wording led some to wonder if that means yet more delays for the fledgling OS — after all, Google has been saying for months that users should expect to see the first Chrome OS devices this summer (after delaying them from last holiday season).

So why wouldn’t Huber say “this summer” or “soon”? “Later this year” seems to imply something further off than a couple months from now. I also asked Google about this. Their response? Chrome OS is still on-track for a mid-2011 launch. Mid is June. As in two months from now. We’ll see.

At another point in the call, Chief Financial Officer Patrick Pichette noted that Chrome was being heavily invested in by the company because each user is a “locked-in”. “Everybody that uses Chrome is a guaranteed locked-in user, in terms of having access to Google,” was the actual quote.

Probably not the best way to phrase that. And it’s not even fully true — when users load Chrome for the first time, they have the option to select between Google, Bing, or Yahoo as their default search engine (though I’m sure the vast majority do choose Google). But it’s not like they’re really “locked-in” — you can always change this in the settings.

Towards the end of the call, a couple questions wondered if Google would be using Chrome as a way to alter search results or to introduce new products? This is a bit of a touchy subject since Google has been playing up Chrome as an “open” browser for the web (though technically it’s Chromium that is the open source version). None of the Google executives shot down these ideas and in fact, they played up these possibilities.

In other words, yes, Chrome could eventually be yet another way Google is following your movements online and using it to their advantage. Again, probably not the best way to answer those questions.

So overall, Google’s management of the Chrome message today was unpolished at best, and just wrong or misguided at worst. You would have thought that if they were planning on talking about the product this much, they would have trotted out their newly minted (with a newly minted bank account) SVP of Chrome, Sundar Pichai. I have the feeling that at the very least, he would have given some better answers.

Regarding your first point, at the December Chrome event the number was 120M but the metric wasn’t DAU (it was a more generic “Active Users”). Here’s Danny Sullivan’s article, which has a picture of that slide: http://searchengineland.com/live-blogging-the-google-chrome-os-netbook-press-conference-58014. I think the move to a more standard metric like DAU is probably a good thing.