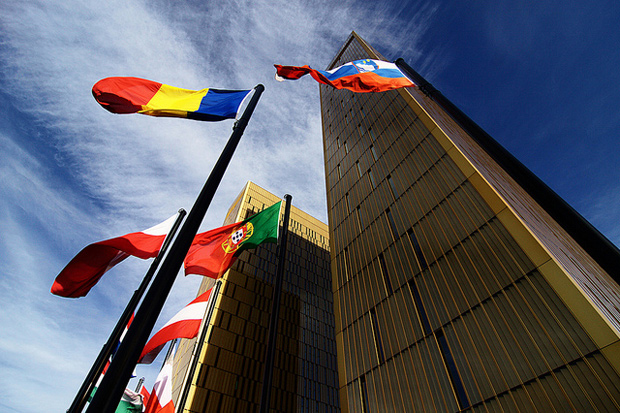 The Advocate General of the European Union Court of Justice, Cruz Villalón, says [PDF] that national courts there should not have the ability to tell Internet Service Providers to filter their connections in order to prevent copyright infringement because such a move would conflict with the Charter of Fundamental Rights. That was a mouthful, yes. It should be noted that the Advocate General’s opinion isn’t binding in the least, so this shouldn’t be read as EUROPE BANS INTERNET FILTERING. Hardly. It’s more for the Court of Justice to consider as it goes forward than any sort of official, or even unofficial, ban.

This all stems from a case in mighty Belgium where an artists’ rights group, the Société belge des auteurs compositeurs et éditeurs, or Sabam, took issue with copyright infringement occurring via a local ISP, Scarlet Extended SA. After a series of court actions, the ISP was eventually told to install filtering software on its network in order to prevent the continued infringement of copyright.

Today we learn that, in the opinion of the Advocate General, this should never have happened in the first place.

Get ready for a wall of text!

…the Advocate General proposes that the Court of Justice should declare that EU law precludes a national court from making an order, on the basis of the Belgian statutory provision, requiring an internet service provider to install, in respect of all its customers, in abstracto and as a preventive measure, entirely at the expense of the internet service provider and for an unlimited period, a system for filtering all electronic communications passing via its services (in particular, those involving the use of peer-to- peer software) in order to identify on its network the sharing of electronic files containing a musical, cinematographic or audio-visual work in respect of which a third party claims rights, and subsequently to block the transfer of such files, either at the point at which they are requested or at the point at which they are sent.

Stripping that down a bit, the Advocate General is saying that EU law should have prevented the filtering system from being installed, or ordered to be installed, in the first place. Such a filtering system would amount to “a restriction on the rights and freedoms of internet users” and that it could only be legal if it “were adopted on a national legal basis which was accessible, clear and predictable.”

So the idea of a filtering system isn’t 100 percent verboten, just that it’d have to be done in such a way that would happily co-exist with the laws on the books.

Again, none of this particularly means anything particularly here in the U.S., but it does show the evolution of courtroom understanding of some of the technologies involved in our lives.