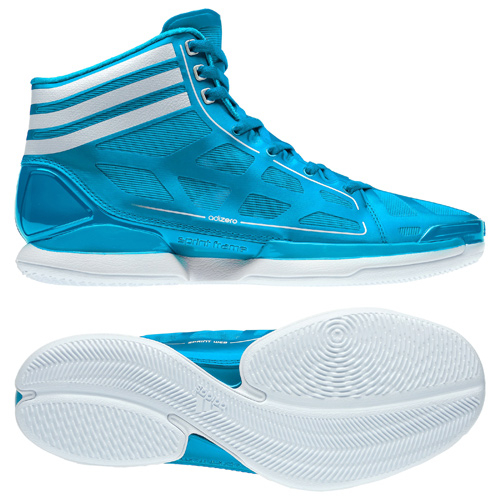 You’re looking at the lightest shoe in all of basketball. It’s the Adidas adiZero Crazy Light, and it weighs a mere 9.8 ounces. With the Crazy Light, Adidas now has the market cornered on lightest-footwear in three sports: basketball, football, and soccer, soccer being the best sport of the three, of course.

The adiZero Crazy Light follows the path led by the other two lightest bits of footwear: it’s 15 percent lighter than its nearest competitor, and it took two full years to develop. What have you been doing for the past two years, because I’ve certainly done nothing of note.

Derrick Rose, of Chicago Bulls fame, has given the shoe his stamp of approval, saying that “it will no doubt make [him] faster on the court for [their] playoff run.”

High praise from someone who would know a thing or two about the sport.

I should probably say that it’ll be available from June 3 for $130.