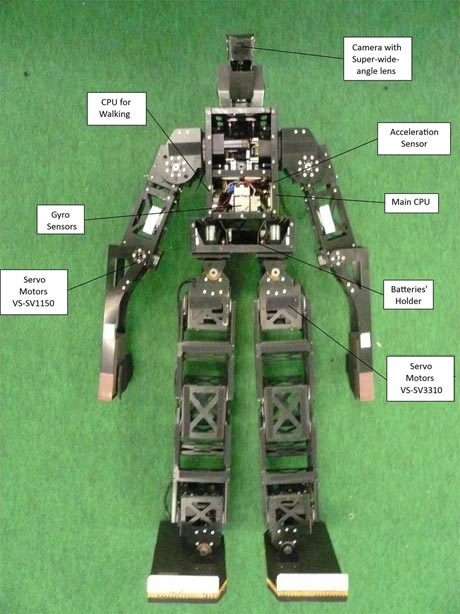 The Chiba Institute of Technology in Japan has developed a humanoid it plans to send to RoboCup Japan Open 2011, a soccer tournament for robots that will be held in Osaka next month (we covered the event in two posts last year). Named “Hajime Robot 31”, the humanoid stands a respectable 1m tall, weighs just 5kg and comes with 17 joints.

Hajime moves at 0.4m/s, is powered by two processors and equipped with a Wi-Fi module, a USB port and gyro sensors.

This video shows him navigating through obstacles: