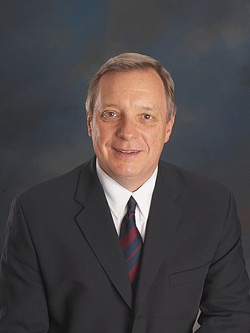 The second most senior Democrat in the U.S. Senate, Dick Durbin, will propose a new scheme that would force online retailers like Amazon and iTunes to collect local taxes for each and every transaction. He’s expected to make the proposal the day after Tax Day, and it’s expected to be controversial within two seconds of having been announced.

You already know the story. Durbin, from Illinois, complained in February that out-of-state businesses (again, like Amazon and iTunes) were essentially freeloading off the taxes that local brick-and-mortar stores pay. Why should Amazon be able to sell you a Blu-ray disc without having to collect tax, but if you were to buy that same disc from the local Walmart? Exactly.