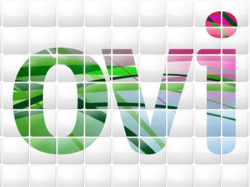 In the great battle between the iPhone App Store and the Android Market (with occasional surprise appearances from RIM’s App World, Windows Phone’s Marketplace, or webOS’ Catalog), there’s one app repository that tends to go unmentioned: Nokia’s Ovi Store.

Back in November of last year, the Ovi Store was seeing around 3 million downloads per day. Today, Nokia is saying that number has since jumped to 5 million per day. We’ve got a few more stats after the jump.

Not bad, Nokia — not bad. These numbers probably won’t climb too much higher, though, given Nokia’s new focus on Windows Phone 7. But hey — at least Microsoft might start seein’ some download numbers, right?