Right now the only serious player in tablets is Apple, followed at a great distance by Google and then by Microsoft. Intel’s MeeGo, which I expected to fade away after a rather poor showing at Mobile World Congress, has been given a puzzling upgrade, which NetbookNews got on video at a recent Intel event in Beijing. I say puzzling because it doesn’t look bad at all. Keep in mind this isn’t necessarily a “vanilla” MeeGo, but rather a build created by manufacturer Tencent, but it still impresses. 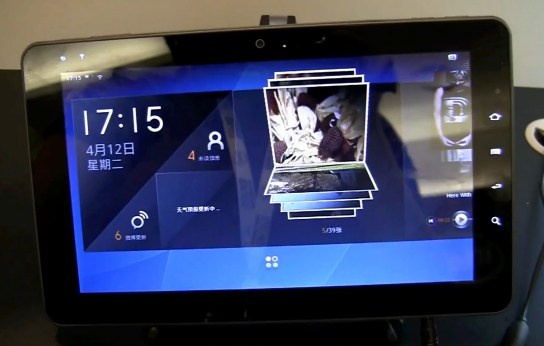 The main “home screen” is organized into a sort of ribbon; the effect is a bit much for me, but this is still early software. They’ve got a new customized version of Opera Mobile 11, and the widget-type apps look pretty nice. It appears responsive, and it’s running on the new Oak Trail mobile platform, with a 1.5GHz Z560 Atom and a gig of RAM.

The hardware it’s being shown on looks pretty chunky, but of course this isn’t a consumer device, it’s just a work-in-progress prototype. If I’m honest, by the time this thing gets out to consumers there will likely be iOS 5 and Android 3.1 (or even 3.5) to deal with, but the improvement to MeeGo in such a short time is good to see. Apparently Chinese vendors aren’t loving the Honeycomb, so maybe Intel will get some traction over there in the Far East.