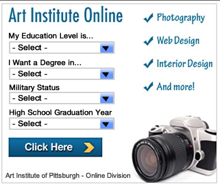 Inadco is launching today as a cost-per-lead ad network for display advertising. The startup is similar to an “AdSense for Leads.” The company is also announcing that Dave Zinman, previously the general manager of display advertising at Yahoo, is joining Inadco as the Chief Operating Officer.

Cost-per-lead advertising creates leads from ads, where a users fill out targeted forms. Inadco believes that this is a multi-billion dollar market because a lead can be universally defined by all advertisers and it can occur online (vs. offline) for all advertisers. Essentially cots-per-lead ads result in a tangible way to get customers.

Inadco’s technology platform allows advertisers to purchase media on a Cost-Per-Lead basis, and enables publishers to sell ad inventory to earn more revenue than they can with impression or click-based advertising. Inadco then distributes the display ads across the web for advertisers. Founder James Walker says that Inadco sole focus on “solving the cost-per-lead problem,” telling us that “bringing cost-per-lead to dispay advertising is all we think about.”

And the startup has the backing of a number of well known angel investors. Inadco $1.5 million in angel funding from Ron Conway, LowerMyBills founder Matt Coffin, and RightMedia founder Michael Walrath. Last year, Inadco raised an additional $5 million in series A funding from Redpoint Ventures.

Google also dabbles in cost-per-lead advertising, and it seems like a safe assumption that the search giant will bring this format to display ads. But Walker isn’t worried-he feels that the enormity of the market makes there room for a number of networks.