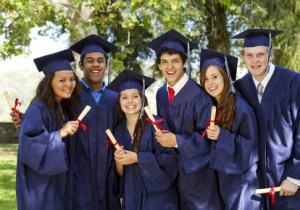 My friends, my followers on Twitter, and people who’ve read my previous posts know that I have a very strong opinion about education: that it is absolutely necessary in order for you to build a foundation for success. Despite having appointments at five elite universities, I am not a proponent of elite education. Rather, my research led me to conclude that ivy-leaguers may be able to get their buddies from Sequoia and Kleiner to return emails, but aren’t going to be any more successful at building companies; that what matters is gaining a basic education and completing what you started—not the ranking of the school you graduate from.

I am one of the people who Sarah Lacy predicted would be “pissed” when they read her post quoting Peter Thiel as saying “we’re in a bubble and it’s not the Internet. It’s higher education”.  Peter Thiel may have made the right calls with Paypal; he certainly made a smart decision by investing in Mark Zuckerberg.  But he is no expert on education.

The message Thiel is sending to the world with his fellowship, which rewards students for dropping out of school, is wrong.  The best path to success is not to drop out of college; it is to complete it. Yes, I know that Thiel is targeting exceptional students and is rallying against elite, expensive education. But as the title of Sarah Lacy’s piece shows, as does the controversy it has generated, the message that is getting out is that all “higher education” isn’t cost justified—for any student.

I brought up the Thiel Fellowship in a panel discussion at the American Society for Engineering Education Engineering Deans Institute, yesterday. Most of the deans in the audience were aghast.  They couldn’t believe that there were debates like this happening in Silicon Valley. I told them that more than a dozen students had approach me over the past few months asking for advice on whether they should drop out; that students took people like Thiel very seriously. I asked three of the deans at the conference to help me quench this fire. Here is what they have to say.

I don’t have any problem with the experiment Thiel wants to run. I hope that the 20 individuals he selects are wildly successful and create new companies that all of us will be amazed by. But I’m not sure at the end of the day, what the experiment will prove. Many universities (Stanford included) have a number of undergraduates who drop out to start companies. Those individuals generally have a great technical idea and a passion to see that idea put into practice. Many of them fail, of course, as is true of all startups. But the students who drop out learn many life lessons and move on to either the next venture, or in some cases they return to school. A few succeed wildly—and those are the extreme examples we all look at in amazement. Thiel’s experiment will increase the probability of success for the students he selects because of the mentoring and the financial help they will receive. But most will still fail: such is the nature of starting a new company.

The more interesting question is what this experiment will teach us about the value of university education. My guess is that it will teach us very little. There is no control group. Why not pick 40 very bright young people and give half of them $100K to start a company and the other half $100K to stay in school and complete their education? Then track them over 5-10 years and see which group is more successful. Twenty is probably too small a number to draw any real conclusions from, even in such a controlled experiment, but it would be a better experiment than one without any controls.

The suggestion that students should bypass university education and jump immediately into the entrepreneurial world strikes me as equivalent to suggesting that all college athletes should simply play their sport for a couple of years, take no academic classes and then go on the NFL, the NBA etc. The vast majority of college athletes compete, and then they have careers in other fields.

Most young people I encounter, at Stanford and elsewhere, are not ready to start their own venture at 18 or even 20 years of age. Certainly there are a few outliers that we can all point to, but they are the rare exceptions rather than the rule. A university education gives the large majority the tools to become innovators and entrepreneurs throughout their lives. Engineering majors also get a technical education which will serve them well throughout their lives, whether or not they have a career in engineering. It would be a very good thing for this country if more of our doctors, lawyers and politicians had undergraduate training in engineering. They would think quantitatively and practically about how to solve problems, wherever their career might take them.

If universities, today, are not providing the kind of life skills that will serve their students well (a point I would debate), then universities should change what they are doing. In today’s world, universities need to be held accountable for providing real value for the investment students or their parents make. In talking with very successful people in business and other fields, many of them attribute their success at least partially to skills they learned at their university. These skills were not always learned in the classroom. For many young people the years between 18 and 22 are their first experience away from home and they learn a lot about life from their university experience. I believe for most, what they learn is a cost effective investment. 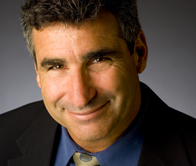 First is the problem of argument by testimonial or individual example.  By this argument, one could look around at lottery winners, and there are plenty of them.  One could easily conclude that there is no reason to go to school or even to become an entrepreneur; all one needs to do is buy a lottery ticket.  The corollary to that is that the statistics on entrepreneurial success don’t bear out that it is better to drop out.  Most successful entrepreneurs are not drop outs.  It is just that the successful drop outs are newsworthy and get disproportionate media coverage.

Of course, the other reason one should not take Peter Thiel’s advice is that the value of education is intrinsic and an end in itself rather than something to be measured by its career financial return.  It is during one’s undergraduate years that one discovers oneself, where one fits into the world and what it means to be human.  Not to mention, there is value in the network of lifelong friends one makes and there is even measurable lifelong happiness associated with education according to studies by economists like Richard Easterlin.

Finally Thiel’s question reminds me of a story of a high school teacher confronted with the same question from his students: “Why do we need to learn this?”  The teacher replied, “You don’t.  There is only one thing you need to learn to ask.”  The piqued students implored him to tell what that was.  His answer:  “Would you like fries with that?”

For the very talented and very ambitious, dropping out is a good idea. But Zuckerberg and Bill Gates were already vetted and educated by Harvard before they dropped out.  They both needed Harvard for credibility; they just didn’t need four years of it.

If you knew a well-coordinated student, 6 ft. 9 inches, with a 50% 3-point shot, advise him to take a chance on the NBA and not engineering school.  Likewise, someone who is an outstanding and ambitious computer geek.

Getting an engineering degree reduces the variance in your career outcomes.  You might not get the billions, but you also won’t get into poverty.

I find it particularly amusing that two of the most vocal advocates of dropping out of college are Peter Thiel and Mike Arrington—both of whom completed Stanford Law degrees. College dropouts Bill Gates and Mark Zuckerberg are strong proponents of finishing your degrees. Even Steve Jobs talks about the importance of liberal arts education.

Try getting a job at Microsoft, Facebook, or Apple if you don’t have a degree.  There is almost no chance that you will make it past HR.

Editor’s note: Vivek Wadhwa is an entrepreneur turned academic. He is a Faculty and Advisor, Singularity University, Visiting Scholar at UC-Berkeley, Senior Research Associate at Harvard Law School, Director of Research at the Center for Entrepreneurship and Research Commercialization at Duke University, and Distinguished Visiting Scholar at The Halle Institute for Global Learning at Emory University. You can follow him on Twitter at @wadhwa and find his research at www.wadhwa.com.