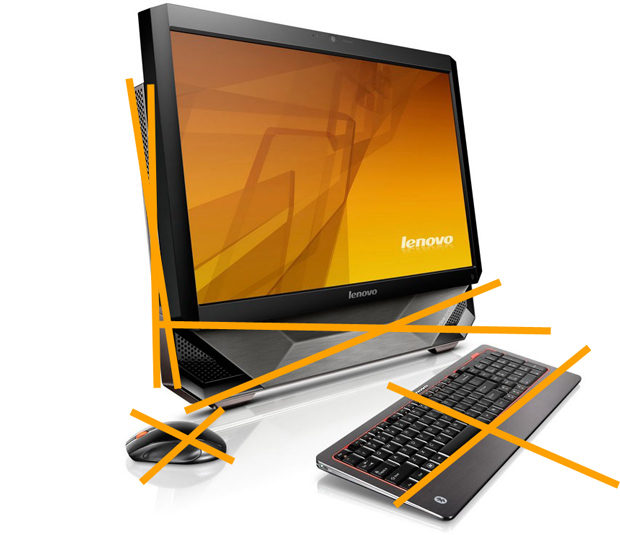 Lenovo be crazy. Or smart. Either way it seems the firm is hoping to out a 23-inch tablet by the end of 2011. This comes right from William Cai, a Lenovo senior specialist in marketing, during a talk at this year’s Gadget Show Live. I’m going with smart rather than dumb.

The man goes on to talk about the obvious challenges with the project with battery life being the biggest issue. Apparently the device, if it really exists, would be based off of Lenovo’s all-in-one series, which sort of lends to the idea that this will be a convertible or dockable device rather than a dedicated tablet. A 23-inch tablet would be a tough sell on its own, but there might be a market for an all-in-one computer where you can move the screen to the kitchen or living room for an hour. Actually, it’s rather surprising that HP who constantly reinvents its all-in-one touchsmart computers haven’t already done this.

It’s obviously not for full mobility use, but it could be moved from room to room in the house and used with a full keyboard, or as a television.Or you could lay it on a table top and use it for family games.

We’re hoping that we can launch it later this year.

I’m sold. I doubt Lenovo would actually out the product this year with touchscreen prices still fetching high prices, but this certainly feels like the next step in the computing evolution timeline. Plus, with that much screen real estate, my issues with controlling Windows 7 with a touchscreen is moot.