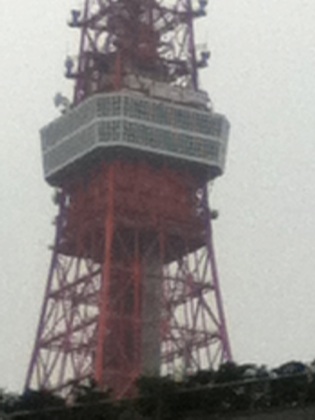 John Lennon would have loved Twitter, Yoko is said to have revealed. Certainly she would have the inside track on this, especially if she had insisted on it. But what I want to know is whether Hendrix would have loved GarageBand, or would Miles have preferred Android over iPhone. It’s open, man…

We’ll never know what the Gettysburg Address would have looked like after surviving auto-correct. Or what Hitler might have done with GPS. By the looks of Techmeme this weekend, we don’t even have a shot at what is happening right now. Instead, we have Larry Page’s first day at his second take as Google CEO. Stuck inside of Mobile with the Memphis Blues again.

I know it’s just business. Fear of Facebook has sent Eric Schmidt packing or at least down the hall in some newly refurbished executive building. Larry is being handed something similar to the creaking load of stupid situations that Russell Brand wrestled to the ground in the newly refurbished Arthur. Brand did a good job, and so will Page, but to what end? It is increasingly difficult to remember how amazing Google was just a few story lines ago.

Back then, the throw it against the wall and see what sticks approach seemed engaging and faintly revolutionary. Gmail was the real disruption, heralding the Cloud and daring Microsoft to ignore it at what continues to be its peril. Wave seemed like Animal House, live from Australia it’s Saturday Night, now with added realtime. Buzz was like the Apple leaks that came surprisingly true, a capitulation to copying the remaining good ideas out there. Sadly, any sufficiently advanced technology is indistinguishable from magic, and magic isn’t what it used to be.

But there is light at the end of the tunnel. Gmail succeeded because it was given time to breathe. Today’s Gmail is streaming, the magic fountain of youth for Netflix and iPad 2 and AirPlay. YouTube made some noises about turning on streaming this week, and if the Gmail strategy of letting beta dynamics build just barely in time scalability is repeated it will be a really big deal.

Google has shown no skill at doing what Jobs does best, wrangling the studios. But wrangled they are, leaving a gaping hole for streaming live news and events to break through. Ustream and the other streaming startups are not moving quickly enough to take advantage of the opportunity, which is summarized in one word: iPad. If Google can do to streaming what iTunes did to podcasting, namely produce ubiquitous iPad consumable live streams of any and all comers, the market will do the rest just like it is doing with Netflix.

This will require some heavy duty gumption on Larry’s part. He’ll have to abandon the Schmidt antipathy for all things Apple and support (or continue to support) H264 and the direct channel to the iPad and AirPlay. You can see noises already about doing Google TV right, but that’s a sucker play that people like Sony’s Howard Stringer are already signaling they won’t go for again. It’s hard to remember apparently that Google’s early alliance with Apple on the iPhone was equally good for both parties.
If rumors of an Apple/Twitter deal are right, it’s all the more reason for Larry to align with iPad on streaming. He doesn’t need anyone’s approval, except perhaps for Adobe’s (and who needs that.) Seriously, Larry has the opportunity to realign with Apple and head off a streaming war that is too early and irrelevant to either company’s assets. It also would limit Amazon’s upside and further damage Microsoft’s chances of doing the much harder job of swallowing the Apple platform.

Today’s movie analogy is The Fighter, where Marky Mark is forced to jettison his mother and crack addict brother to get another shot at a title fight, and then realizes he must bring his new and old teams together to win. Google still thinks it can invent its way forward, but it’s a bit of a bluff given its Facebook paranoia. The swing vote these days is with the users, who know what they want and will flock to the first group that delivers. We know a tell when we see it, and Larry’s 25% social tax is a loser. He’s saying social is the enemy, and we’re saying no it’s not.

Social is not something gained, it’s something we give. Facebook may overreach but we flock to Twitter to reduce the chance of being overpowered. We root for Netflix as much because it is not Comcast as we did for Google for not being Microsoft. We intuitively know that if the majors hold Netflix up for ransom we’ll pay 20 bucks a month instead of 8. And intuitively we know that once we get there it will be a lot easier to cut the cable cord knowing the economics are more in line.

In other words, it’s a counter-intuitive world where the cartel’s smartest move would be to keep prices low to keep Netflix from crossing over. A world where the way forward is to hold your friends close and your enemies closer. We pay Netflix $8 a month not for what they deliver but for what they could. We may not be sure who our friends are, but we know who aren’t. Now it’s Larry’s turn.