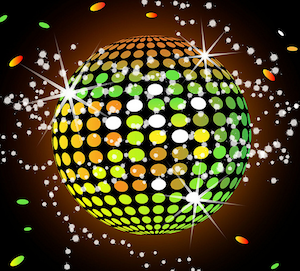 I’ve been thinking about this a lot this week following the news that Google is tying all employee bonuses this year to their social strategy. At first I thought this was a joke. It is not. They dance around the word “social” in the wording in the memo, but make no mistake: that’s exactly what this is all about.

“[Your bonus] can range from 0.75 to 1.25 depending on how well we perform against our strategy to integrate relationships, sharing and identity across our products.” Social.

And yes, you read that correctly, the bonus can go up or down based upon Google’s performance in the social realm. The critics are already jumping all over this one, noting that it looks like all Google employees will be losing bonus money this year. And given the decided lack of success from products like Wave, Buzz, and to a broader extent, Orkut, who can blame them?

But on a higher level, it’s the strategy itself that may be the most interesting thing here. Mathew Ingram notes that you can’t threaten people into being social. While Mike Elgan calls this Larry Page’s first blunder (as CEO). I actually have a slightly different take on this. I think that on paper, this is actually a good idea and strategy. But in practice, I think it will ultimately be looked upon as a bad thing and may even directly backfire.

At this point, at least we know that Google understands the value of social. Hell, they just appointed a SVP of Social (Vic Gundotra, which we more or less noted months ago). They’re clearly not asleep at the wheel as Facebook zips by them. And they know that unlike Wave, Buzz, and Orkut, they need to get meaningful traction worldwide.

With Wave and Buzz, both products saw an initial wave of buzz (see what I did there?). But the hype quickly died down and the products atrophied. Given what we know about Google’s social strategy going forward, and interpreting this new bonus strategy, it would seem that Google wants to do the exact opposite with any new products they push. Instead of launching under some massive buildup and then watching a product not be able to live up to it, they want to do slow, gradual roll-outs that are propelled by Googlers themselves.

Again, on paper this is not a bad strategy. Many of the services you know today started out this way. They didn’t launch with pomp and circumstance, instead they started out small and were pushed by a small group of diehard early-adopters. Twitter, Foursquare, Instagram, even Facebook could fall into that category. It’s the same story over and over again. It doesn’t always work — but it has a much better chance than the massive launch route. And much less downside.

The problem that I have is that all of those launches were organic (or mostly organic). Naturally, employees of the companies were pushing their products, but at launch, all of them were small startups with just a few employees. The “Google Strategy” of making sure all employees push the products simply wouldn’t have meant much. Instead, they had to rely on the early adopters (some of whom were friends, but that too isn’t enough alone). And the natural progression from there.

But Google has nearly 25,000 employees. It seems that will lead to an artificially and prematurely inflated re-creation of the launch environment described above. And that may only serve to create the type of paid-for party that I talked about at the beginning. It’s a party that will attract a lot of people. But it’s not one that anyone will likely remember — or want to go to again.

And given that we all now know about this strategy, the initial Googler push will be an even harder sell. We’ll all be very skeptical. So the strategy could actually backfire.

Google can actually get away with this strategy if the products they release are good. Really good.

If they’re good, the Googlers’ push should actually accelerate the launches. It won’t matter at that point if the initial push is real or fake, enough people will try the product(s) out and see for themselves. But given Google’s past history in social, this is a very big “if”.

Over the past few months, we’ve had more information than anyone about Google’s social strategy and products. We’ve gotten leaks and have talked to people who have actually used the things Google is working on. All of this is still very fluid (see: the +1 toolbar), but the constant has been that we have not yet heard of anyone absolutely blown away by what Google is working on. This worries me with regard to this new Google strategy.

Having said that, Google still has several things yet to launch, many of which I’m sure we still know nothing about. For all the multiplexing video conferencing services and Loop (or is it Circles?) mobile networks, there are likely many more things being worked on. And we also know that Google has been calling in other experts in the space from around the Bay Area to get opinions and advice.

But this many-pronged approach has issues of its own. As Elgan points out in his Computerworld post today:

People prefer Facebook to Google’s many socially enabled services because Facebook is a place they can go to be social. With Google’s far-flung social services, there is no “place.” There is no party. Google’s approach to social isn’t fun.

Google’s strategy of baking social into everything will never, ever beat Facebook. Google needs a social networking site. (But not Orkut.)

Mike has stated this idea in the past before as well. One major problem that Google has in social is that there is no one place to go to be social. And it’s pretty clear at this point that there won’t be. That was in the cards a long time ago, but now it’s all about these new products wrapping Google’s other products in social. That’s going to be a really hard sell.

I’m left wondering if it wouldn’t be smarter for Google simply to focus on a frontier that hasn’t been won yet: mobile. While Facebook and Twitter are both growing very, very fast in mobile, there’s still an opportunity for something new to come along in that space from a social angle and disrupt them. And Google would have a massive potential advantage with Android. Why not start something totally new from scratch — not tied into any of Google’s very forced social graphs like email contacts — and go from there?

I’ve argued before that Buzz should have gone this route. And Google may be indirectly pushing this way with things like the Slide-built Disco.

Speaking of discos, let’s hop back to the idea of a party. Unless their products are truly excellent right off the bat, Google needs their social products to be parties that friends get invited to organically. As we’ve already seen with Buzz, being force fed can lead to vomiting. That’s why this new strategy worries me — it’s pretty likely that it will not work. We’ll all be at a party that no one wants to be at because a bunch of Googlers are being paid to invite us.

But if that’s the case, at least that extra bonus money saved can go towards the “Buy Twitter Now” fund.