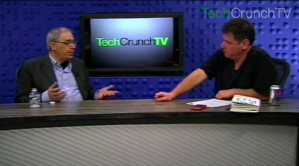 Wired senior writer Steven Levy has spent the last three years researching In The Plex: How Google Thinks, Works and Shapes Our Lives, his major new book about the impact of Google on the world. While Levy is generally sympathetic to what he calls the company’s “big hairy audacious goals,” his analysis certainly isn’t uncritical. For example, as he told me earlier this week when he came into our San Francisco studio to talk about In The Plex, Google’s social media strategy has been a “comedy of errors.” And then there’s the looming possibility of a US anti-trust investigation of Google, a scenario that Levy acknowledges isn’t impossible.

That said, In The Plex remains generally bullish – sometimes, perhaps, a little too bullish – on Google’s prospects. And, like the company itself, this is an audaciously bold narrative that goes where no other book about Google has been before. Levy’s new book immediately jumps to the top of the pile in the Google literature. It is essential reading for anyone with any interest in the Mountain View search leviathan.

For Bay Area based TechCrunch readers who would like to hear an extended, live conversation between Levy and myself, please note that he and I will be talking about In The Plex and all things Google from 3.00 to 5.00 pm on Sunday, April 17 at Berkeley’s Hillside Club (2286 Cedar St). Tickets will be $10 at the door and Levy will also be signing copies of In The Plex.

Where are the major tensions within Google?

On Android and artificial intelligence