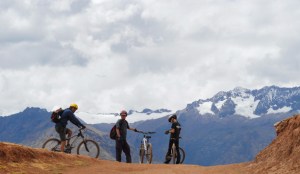 Fair warning: This is where I get all MG on you guys.

As someone who just spent forty weeks traveling around the world, there is no category of consumer Web sites that makes me angrier than online travel sites. More than any other category on the Web, the early incumbents– online travel agents like Expedia and Travelocity– rafted on an early tidal wave of massive convenience and cost savings only to get lazy and never innovate again. They equated more inventory with innovation and treated every category of travel like the perishable commodity of booking a flight or a rental car.

But hotels and getaway packages aren’t commodities. The role of a flight is ultimately getting you from point A to point B as painlessly and on time as possible. Aside from racking up miles, there’s little difference between the major carriers: You’ve always got bad legroom, always get a free softdrink, always pay a few dollars for a snack box. And besides, even an awful flight ends when you arrive. But the hotel is your homebase throughout the trip. Even on a business trip, a modest hotel with better food or better service can make a huge difference.

And, no, TripAdvisor doesn’t solve this problem. I’ve found that my experiences rarely match up with the wisdom of crowds. Maybe they hit the property on an off-day, or maybe I did. Or maybe it’s just that hotels are incredibly personal and subjective. While Paul Carr wants every hotel to have a club sandwich, I get sick of the standard room service fare and want something a bit more local and adventurous. Likewise, some travelers want to be smothered with service, others want to be left alone.

As I’ve written before, I’m thrilled by a new wave — finally!– of innovative travel sites that bring curation, editorial and style to the category and boldly aim to be the destination site for a segment of travelers– not all things to all people. The leader in this category is Jetsetter, a sister-site of Gilt Group.

Yes, Jetsetter has phenomenal design, gorgeous photos and detailed write-ups. But what makes me so loyal to the site is I trust it. Several of my favorite properties around the world– places that aren’t particularly well known– have been offered on Jetsetter, and every property I’ve tried from the site has not only lived up the write-up, it’s been a unique experience.

Jetsetter has just launched a new iPad app today and the device is the perfect showcase for what Jetsetter is great at– melding the line between transaction engine and glossy travel magazine. The navigation isn’t completely intuitive, but it doesn’t take too long to figure out. There aren’t tons of new features– the main one being a 360 degree view of several properties that really does make you feel like your standing there and looking up, down and all-around. Jetsetter adroitly makes use of the uniquenesses of the iPad like the intimate touch interface that mimics scrolling through a magazine, the lush screen, and the gyro-effect to use the iPad like a porthole to look around a room. (Actually the latter was promised by the Jetsetter press team. It didn’t work for me, but it might be user error, my iPad or a day one glitch. The app also crashed a few times on me. So there’s a little more technical work to do, it seems.)

But really this app– like a good stay at a hotel– is about the little things, small design touches here and there combined with glossy photos and the company’s expert eye. It’s a world away from commodity transacting; it’s about dreaming.

Jetsetter CEO Drew Patterson describes his target market as the affluent traveler– a huge market made up of 7 million travelers with more than $100 million in liquid assets that’s barely online, because it’s been justifiably turned off by the Wal-Mart approach of the big online travel agents. But I think he limits the company with that description. After all, while I’ve gawked at $40,000 cruises to the North Pole that I could never afford in my wildest dreams, there are plenty of affordable properties on Jetsetter that are comparable in price to a big, boring chain hotel. It’s not about affluence– what Jetsetter has nailed is aspiration.

And because there’s such a range of inventory, Jetsetter doesn’t make you feel like you can only afford the lame trips. No sooner did I get sucked into a Machu Picchu Trek– not exactly practical in my five month pregnant state– than did I fall in love with a totally-doable weekend getaway in La Jolla, a perfect last childless weekend away once I’m banned from getting on a plane.

My only gripe with the app is my same gripe with Jetsetter on the Web– it always leaves me wanting more. I run out of properties to look at and things to do, just when I master the interface and get sucked into full vacation dreaming mode. This site — both the technology and the content– elevates shopping to a time-suck. But if you’re stuck on dreadful commute or on a terminally long layover, it doesn’t give you enough stuff to do with that time.

Patterson talked about how the site is moving into more of a curator role, with a high-end concierge travel planning service now in beta and a catalog of past Jetsetter-recommended properties. But with an iPad app that makes you want to waste time on the site, the company needs to run in this direction faster.