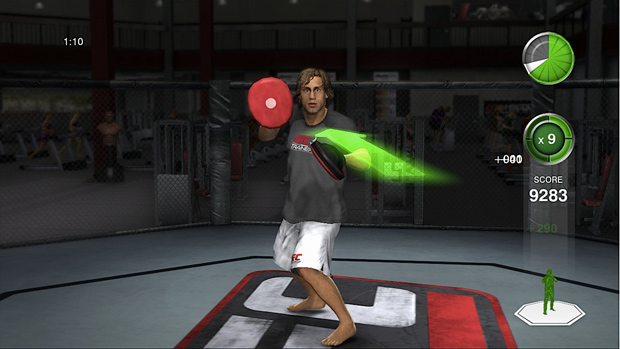 Look like the WEC-UFC merger worked out pretty well for Mr. Faber

You knew something like this was coming as soon as Microsoft announced the Kinect way back when. It’s UFC Personal Trainer, and it’s exactly as you’d expect: flail about in front of your TV while an on-screen avatar carries out the moves. THQ says the National Academy of Sports Medicine helped design the game, and pro fighter gave their input as well. Hearings before the California State Athletic Commission are not expected to be included.

There’s not a whole lot more to the game. Greg Jackson offered his expertise, so there’s a name fans might recognize, and Dana White said the game will give fans who might not have access to a full gym the ability to train like a UFC fighter.

It’ll be available in June, and while the Xbox 360 version is clearly the one to get it’ll also be available for the Wii and PS3.