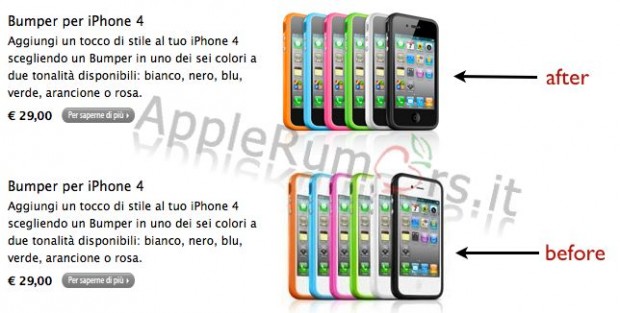 The plot, as they say, thickens. Apple has removed most visual references to the white iPhone on its US and international sites in a surprisingly wholesale manner, a move that points to more trouble with white iPhone availability world-wide.

Obviously this is all Kremlinology, but as Apple Rumors.it points out, Apple removed all references to the white iPhone in a daring, early morning Apple store raid on various galleries and in a manner that suggests complete disavowal of the device.

As you can see ‘s exclusive image, Apple has removed the reference to the iPhone also 4 White show in the Bumper. This happened in the early hours of the morning and still do not know why. As mentioned previously, you might want to eliminate any reference Apple iPhone 4 White due to a lack of availability.

The white iPhone was to land in stores this spring (right about now) and this swift, decisive removal isn’t very comforting.