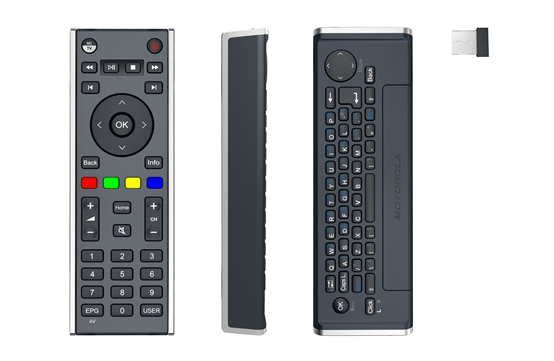 XBMC is the greatest media streamer of them all. That’s fact, friend. But it has never had an official real life remote control like Boxee that outed their dual-sided a couple months after the Boxee Box. Clearly someone at Pulse Eight had enough and so, here’s the Motorola Nyxboard Hybrid. Just plug in the included RF receiver and you’re done. The remote is designed to work the XMBC right out of the box and the dual sided design is sure to bring the joy of a QWERTY keypad to XBMC users everywhere.

Right now the system has a target ship date of June 27 with a $59.99 price. Of course as these go, that date could change either for better or worse. At least sometime in the near future XBMC will finally become the king of the media streamers thanks to this fantastic addition. [Pulse-Eight via Tested]