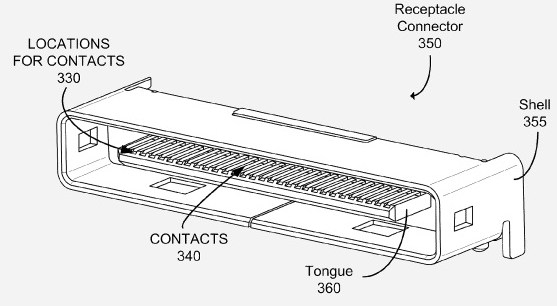 Apple has just won a patent, which I totally saw coming a mile away, that seemingly allows for their semi-ubiquitous 30-pin connector to support “DisplayPort (dual lane),” which sounds a lot like the Thunderbolt standard so recently added to the Apple stable.

When I wrote that Apple’s head start with the new port was nice but not earth-shattering (a post that had a record number of misinterpretations in the comments), I noted that if they could, they’d standardize all the ports on the side to be one proprietary Apple port. It would simplify their ecosystem and at the same time lock it down. Everybody wins! And now here is a patent that shows a step in this direction: further coalescing different protocols into one mega-connector. 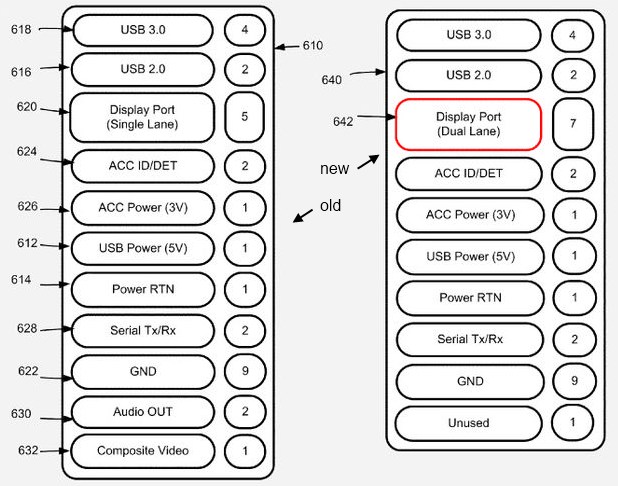 The patent is for a new 30-pin connector that’s compatible with both USB and DisplayPort dual-lane (AKA Thunderbolt, though it’s not referred to by name). The composite video and audio out pins are used to make room for the bandwidth.

Having a single connector for all Apple-related devices is the natural endgame here, and it’s not so bad if you’re in the Apple ecosystem — though from a broader perspective it’s worrying. At any rate, we can probably expect to see Thunderbolt in iPhone 5 and combined ports in the next generation of MacBooks.