It’s Qingming Festival time again, a day when Chinese honor the dead by sending them papercraft gifts to beyond the grave. This year, the dead are enjoying iPads 2 and big screen televisions alongside more traditional traditional gifts.

Each “high-tech” gift costs about $2 and they are burned during the festival along with other items the dead may need including money, shoes, and food. They also send along little paper houses and nice suits for dressing up for an endless night on the town. 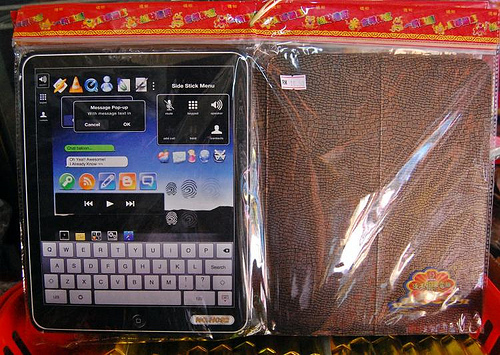 As demonstrated above, we can assume the dead aren’t very savvy when it comes to versions of iOS, which means they won’t mind that their paper iPads are running some wild hybrid of Android, OS X, and whatever the heck else is going on there. I suppose it’s just nice getting something after going to your eternal rest.