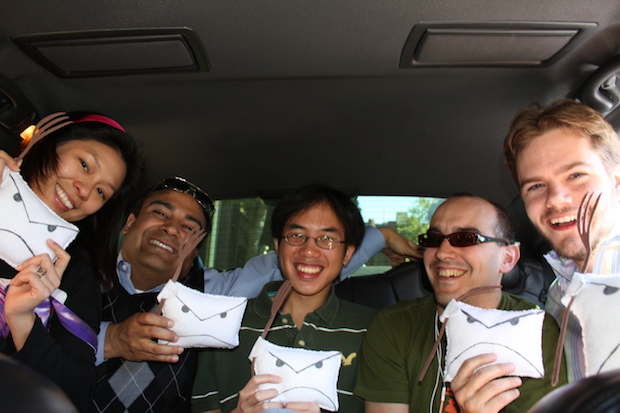 Back in October we wrote about Baydin, a startup that managed to land some of its seed funding with some very unusual tactics: by giving Dave McClure a ride to his mechanic and pitching him along the way.

McClure committed to invest by the end of the ride — and the startup has been working to close other investors (though more traditional means, presumably) since then. Today, it’s announcing that it’s closed its $375,000 seed funding round, with investors including Manu Kumar (K9 Ventures), David Cohen (TechStars), Peter Weck (Keepsy, SimplyHired), Meng Wong (Pobox), McClure, and Mike Simonoff.

As a nod to our earlier post, in which Michael Arrington suggested McClure take an UberCab next time, Baydin asked Manu Kumar to sign their closing documents in… an UberCab.

For those that aren’t familiar with it, Baydin develops software that makes your email inbox a little more tolerable. Their most popular product is Boomerang, which allows you to schedule certain email messages to send at some point in the future (in other words, you could write a slew of messages over the weekend, and automatically send them as the workweek kicks off Monday morning). You can also use the service to resend your important email messages to yourself as a reminder, in case you can’t act on an important message immediately. Boomerang is available for both Gmail and Outlook.

The company’s second app is The Email Game, which, as the name suggests, adds some game mechanics to your inbox to help keep you motivated.

Baydin will be presenting as part of 500 Startups’s Demo Day later this week. 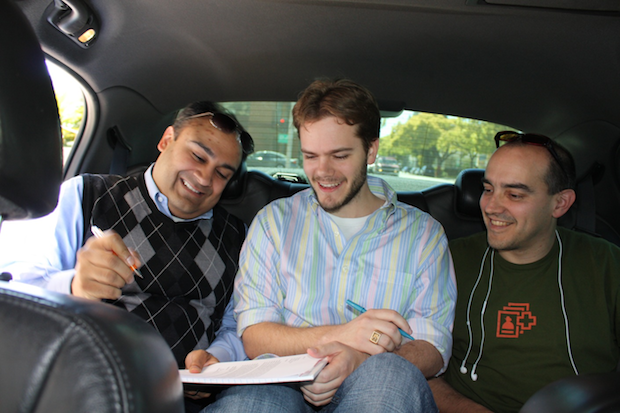