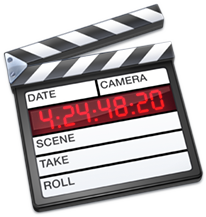 An upcoming Final Cut Pro-related event has been taken over by Apple, creating speculation that the new version of Final Cut, which we’ve heard is in the works, might make its big debut there. Canon and Avid have both had their presentation times nixed, reportedly so Apple can monopolize the stage.

It’s a logical conclusion. And it’d be nice to see Apple debut something big at such a user-dominated venue.