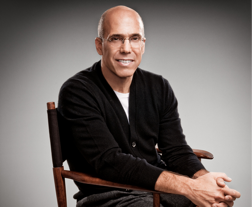 Zynga is bringing in a bit of Hollywood to its board today with the addition of DreamWorks Animation chief Jeffrey Katzenberg to its board of directors. Katzenberg will be joining Zynga EVP of Business Owen Van Natta, LinkedIn Founder and Chairman Reid Hoffman, Kleiner Perkins Partner Bing Gordon, Foundry Group Managing director Brad Feld, and Zynga’s CEO and founder Mark Pincus on the social gaming giant’s board.

Prior to co-founding DreamWorks, Katzenberg served as the Chairman of The Walt Disney Studios, and was responsible for animated hits such as Who Framed Roger Rabbit, The Little Mermaid, Aladdin, The Lion King and Beauty and the Beast.

Pincus says that Katzenberg has been a longtime friend and he realized that the Hollywood honcho would be a “great fit for the board after he suggested that the blockbuster of 2011 could be ShrekVille.”

As he writes in a blog post announcing the new board member, I see a lot of similarities between DreamWorks Animation and Zynga, far beyond our love of animals. DreamWorks Animation is a revolutionary technology company, a recognized consumer brand, and at its core, a media company. It’s easy to see the value that Jeffrey will add to Zynga as we grow and look for more ways to delight our players. He added separately, “Jeffrey redefined storytelling when he launched DreamWorks Animation…He turned an independent studio into a brand name and his vision will be an asset as we work to define the future of play.”

Katzenberg said this in a statement: Zynga has quickly become one of today’s most innovative and entertaining companies…I think Mark has an incredible vision for the future of this company and I couldn’t be more excited to become a part of it.

Obviously, having an entertainment visionary like Katzenberg on your board is a win-win situation. But adding Katzenberg to the board is an interesting move when it comes to a broader, multi-channel entertainment strategy for Zynga. DreamWorks has taken its movies and titles to Broadway, TV, merchandise, and even into the video gaming world. DreamWorks has been able to make global franchises out of its film properties, a strategy that Zynga has emulated on smaller scale with its gaming hits FarmVille and now CityVille.

Katzenberg’s expertise and Hollywood roladex could surely help Zynga pursue this strategy into the entertainment world. There could also be potential for a Zynga-DreamWorks partnership in bringing movies into the social gaming world. Or there could there be a FarmVille or CityVille-based blockbuster animated movie in the future.