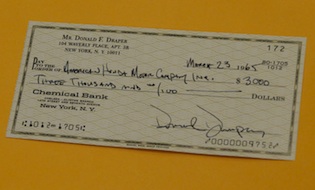 One of the deep pleasures of writing on the weekend is taking a break from the drumbeat of incremental news and marketing disguised as insight. We forgive the marketers for at least having some product or service to promote, but give less leeway to the drip drip drip of factoids served up as revelation. There are no scoops on the weekends; they’re being saved for the early Monday tip off of the new week.

As Hollywood has undergone the fragmentation of the television audience and the resulting collapse of the sweeps cycle, there is a similar flight from the kind of fare that traditionally pays the bills. The holiday season from Thanksgiving on still commands the big releases, but once the networks broke away from the sweeps months there’s been little difference between opening on big holidays and littler ones. All you need is a few two-day weekends, and the market is ready for something to stretch out with.

You can see the same dynamic in the tech world. At South By (SW) we got a whole lot of nothing breaking through: no Groupon, no Foursquare, no Google social gasp. Instead, the slots just after were filled by the new usual suspects like Color, the Google +1, the New York Times pay wall, the Time Warner iPad gambit. Some were tuned to their less than spectacular innovation, others to a desire to slip into the market ahead but not too exposed. That may have worked for the Times, not so far for Time Warner.

It’s not as though there’s nothing going on here, just the wholesale overhaul of show business. But the drama is only apparent if you stretch out and relax into the rhythm of weekend politics and its seemingly sedate warfare. Take the palace coup at Twitter for example. Just when we are finally told that Jack was fired (the kick in the stomach heard ’round the social world) out goes Ev and heeeere’s Jack again. Astute readers and attendees of the realtime Crunchups may remember that Jack has always been partial to Twitter’s holy grail, Track. Are we at the doorway to a Golden Age? See Dick run and Emily Play.

Let’s try another one: Mad Men. The deal is finally almost done for the realignment of the television business. Creator Matthew Weiner gets $30 million for the final three years of the series, with no cuts of talent and only a partial concession to AMC’s insistence on cutting 2 minutes of the show for more ads. This “concession” is to keep the first and last shows at 47 minutes and then go to 45 for the rest of the 13 shows in the middle. But wait: those shows will be 45 on broadcast and 47 or even 48 on digital with an eight day window.

In other words, the broadcast show becomes a giant commercial for the iPad market and iTunes version, setting up AirPlay viewings on the big home theater screen that will become the dominant mechanism for high value audience metrics. Twitter and Facebook posts will market the extra two minutes relentlessly to the addicted fan base, as more and more people time shift the show to the “real” version. By the end of the three years the iPad version may well be in sync with broadcast, since Weiner has only made a deal with the studio for Season 7 so far.

By then Jack and Dick may have integrated Square into DickBar 2.0 and offered Weiner thirty million for just the last season. A combined Twitter/Apple (read Disney/ABC) deal with social metrics replacing broadcast ratings? Such a new network powerhouse, with the already implicit Netflix association, can fund a whole new set of iPad blockbusters promoed in Season 7.

In the meantime, we could use a live streaming news network on the iPad. So far YouTube hasn’t jumped, but if Netflix can do it how far behind is, oh, the Season 7 network from doing it? Apple TV uses its hard drive for caching only, so it’s already up and running for such a stream. ABC already makes their broadcast shows available next day on the iPad, while NBC/Comcast is queued up behind TimeWarner waiting to get permission from everyone else to TV Anywhere it in subscriber homes over WiFi.

This looks very much like Apple and AT&T squeezing the other carriers until Verizon blinked. Now that we can run FaceTime over the iPad via iPhone 4 tethering, how long will it be before either carrier drops the no 3G blocking of FaceTime? Just think how Apple servers are going to look at that data in a big Twitter switch, mixed with shared news channels, live events, and Season 7 Glee Direct. Can you say MobileMe One. If Facebook is worth 65 billion, what is Season 7?