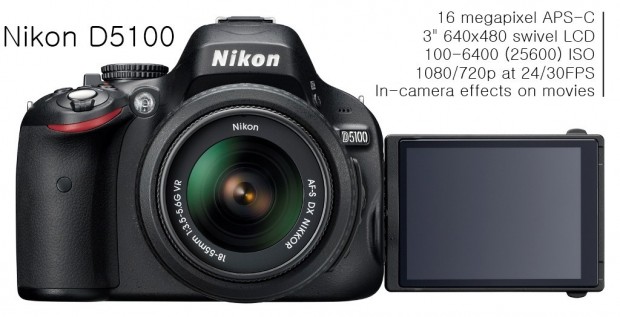 The DSLR wars continue, and Nikon may have taken the lead against Canon today with the new D5100, which more than matches Canon’s similarly-priced T3i on features. It has the swiveling LCD we saw leaked back in March, and the specs that Nikon Romania posted by mistake today appear to have been accurate. Here are the vital statistics (the full specs are at the bottom of the post):

Only tests will show performance, of course, but Nikon seems to be leaning on its sensor and image processor pretty hard here, so I’m guessing they’re confident in this model’s capabilities. 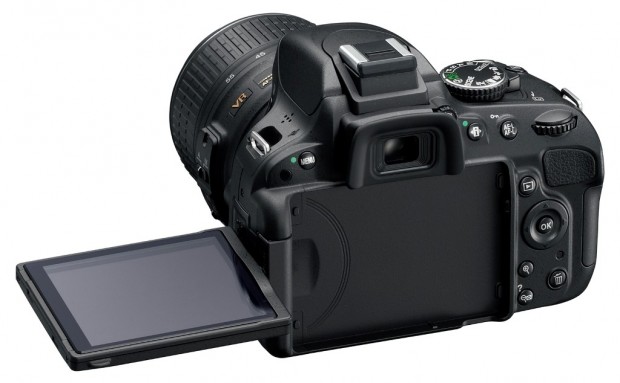 The new in-camera effects on movies thing was compelling when I first read it, but that was because I thought it was live. But no, you can only put effects on after shooting. If it were live, that would be killer, but as it is, I don’t really trust cameras to do serious color correction or effects, especially on HD video, where details are so important and cheap effects really stand out.

I would have liked more framerates on the video. I’m not sure how encumbered the various standards are, but it’d be nice to at least have 48 and 60fps available. Incidentally, I’d advise Nikon to remove the “D” branding from its movies, since “D” really isn’t associated with Nikon by many consumers, and anyway it makes the movies sound worse than B-movies.

Then there is the ridiculous “night vision” mode that boosts the ISO to 102,400. I mean really now. That’s four times the maximum boosted ISO in normal mode. If you can’t take a decent shot at 25600, you need to start thinking about your lens and lighting setup. That said, only tests will tell if this mode is a joke or something actually useful.

Here are the full specs, for the curious: 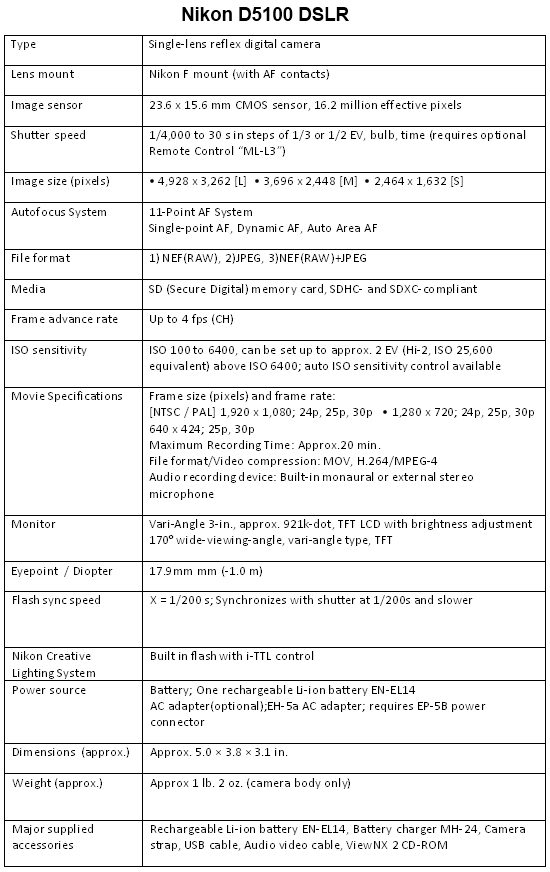 How does it compare to the T3i? Favorably, but it’s not a knockout. The Canon has 18 megapixels, but that really doesn’t matter. Tests will show image quality and ISO differences (I suspect Nikon might jump ahead here), but Canon also offers more framerates in video — the screen is also slightly more high-resolution (720×480). I’ll see if I can get them both sent my way for a real comparison; in the mean time, I’ll keep an eye on the photo-centric sites and update if I see anything interesting.