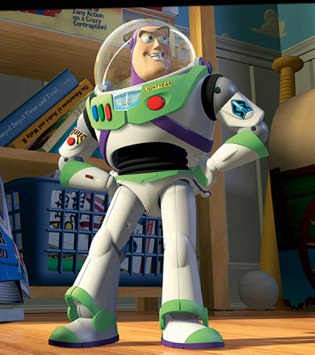 Most people wouldn’t think a good follow up to selling your search engine company to Microsoft would be to then start a company that will build lunar landers. But that’s exactly what Barney Pell, the cofounder and CEO of Powerset, is up to. He sold Powerset to Microsoft for $100 million in 2008. He still works there, but he’s cofounded a new company called Moon Express that plans to build lunar landing craft for commercial purposes.

Joining him are Robert Richards (CEO) and, inexplicably, Naveen Jain. How Jain plans to rip people off from space eludes me, but I’m sure he’ll figure out a way.

Putting Jain aside for a moment (Pell and I have argued for hours about his ethics), Moon Express is an audacious company. They were one of six companies chosen by Nasa to receive funding from it’s $30 million Lunar Demonstrations Data (ILDD) project. And they are one of only three companies to actually receive part of that funding.

Their aim is to create “reliable precision transports” that will allow people to develop, explore and research the moon. Over time, these landers will be able to return to earth safely with samples, etc.

Commercial exploit of the moon may feasible in the near future, says Pell, particularly mining of certain materials like Platinum, which is scarce on earth and useful as a catalyst in fuel cells. “We’re effectively selling shovels to miners,” he says, and funding from NASA as well as Google’s Lunar X Prize can help fill in the funding gaps until that market develops.

Science fiction? Perhaps. But so is Space X, founded by another Silicon Valley dreamer, Elon Musk. And in fact, it’s very likely that the Space X Falcon 9 will be the rocket that delivers the Moon Express lander into space.

The company hopes to be conducting trials by 2013. They’ve raised funding, they say, but won’t disclose the amount or who it’s from. I’m guessing we’ll be hearing a lot more from them in the near future.