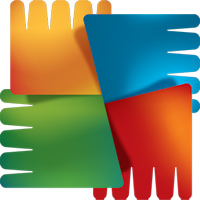 Troubling news here. AVG, the anti-malware company, says that the majority of smartphone users are unaware of the security risks they face when, um, using smartphones. What? You mean I have to be careful when fiddling around with my iPhone or Android device? Yes. Yes you do.

The study finds that a remarkable 91 percent of respondents are unaware of the fact that smartphones can store financial information like credit card numbers, and that evildoers could, if they so desired, code apps or malware-laced Web sites to steal said information.

(Of course, it’s just as dangerous to misplace a smartphone that’s loaded with personal information, but that’s much less shiny than “HACKERS HACK SOME STUFF, STEAL SOME THINGS.”)

Also of note is that 56 percent of people are unaware of the fact that you need to actually log out of a Web site in order to clear you out, so to speak. You can’t just assume that closing the browser window will log you out. And what happens if someone finds the phone while you’re still logged in? You could leave yourself open to, say, a series of malicious or embarrassing tweets or Facebook Wall posts. You don’t want that.

Is there a bottom line? Yes, and it’s to take your phone and bury it 11 feet below the surface of the Earth. Failing that, try to be a little more smart with your mobile device. Make sure it’s password-protected (at the very least) if you’re going out. Maybe not have superfluous radio connections (Bluetooth, Wi-Fi, etc.) when you’re out and about. It’s tough with mobile stuff because we’re sorta in the middle here: people still aren’t used to being super secure with their mobile because we’re not using them (at least not here in the U.S.) to buy every little thing yet à la NFC.

But really, just bury your phones. It’s safer that way.