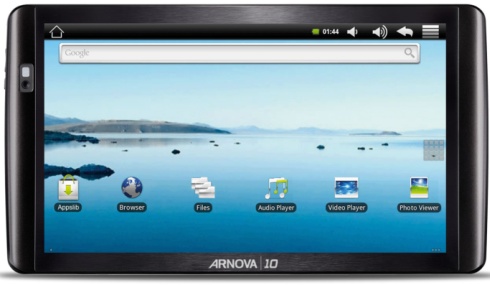 Archos quietly became the favorite low-cost Android tablet maker of fanboys everywhere thanks to a solid 2010 offering. The company’s Arnova brand builds upon the same formula with even cheaper tablets. The secret sauce? The bare minimum amount of internal memory. But buyers might overlook that little detail especially with the Arnova 10 shipping for only $180.

Under the Arnova 10’s 1024 x 600 10-inch screen is an ARM-based CPU running Android 2.1, 802.11 b/g, front-facing camera and an SDHC slot. Archos says there’s enough computing juice to handle 720p video . The only downside is the 4GB of internal memory, but the SDHC slot effectively counters that altogether. Liliputing points out that the model carries a $199 MSRP but can be found for $180.