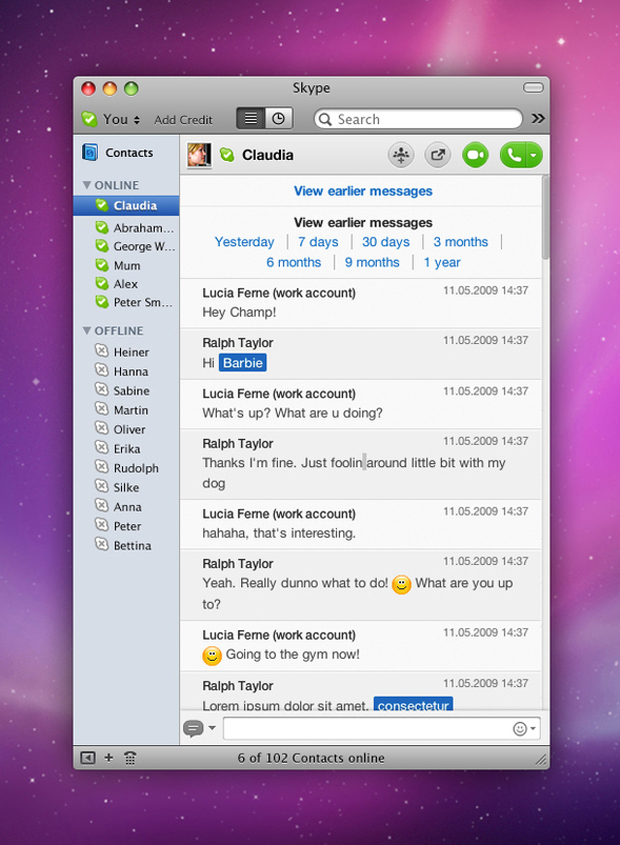 Skype users with any sense of aesthetic justice are pretty much in unanimous agreement that the user interface for Skype 5 for Mac is a disaster. Between the useless coverflow way of scrolling through Contacts, the using of “recently talked to” instead of “online” as a hierarchy for listing Contacts and the irrational hogging of onscreen real estate in the most recent update, I’ve now began to shudder every time I see the message “There is a new version of Skype available.”

I am not alone in thinking that the ability to video chat with multiple people isn’t worth the rest of Skype 5 for Mac’s UI hassles. Software Engineer Lucas Matis just wrote a nearly 2,000 word missive on how the new Skype is too confusing for the casual user, and not complex enough for someone more advanced. (And why can you no longer send links while in video chat mode?)

“At the company I work, we use Skype to communicate. A lot of the people here use Windows computers. More than once, a Windows user walked by my Mac, saw my version of Skype, and said something to the effect of «wow, this looks so much better than the horrible mess we have on Windows!» It seems Skype has noticed that there is a discrepancy in quality between the two versions, and has decided to make the two versions more similar to each other. Unfortunately, instead of making the Windows version of Skype better, they’ve decided to fix the discrepancy by making the Mac version of Skype more like the Windows version.”

Skype itself seems at the least unaware of the problem, recently and flippantly holding a design contest for a custom chat style, which lead to a barrage of comments from angry users like this one:

“Please Skype team, don’t move on to add other new stuff when everyone, and by everyone I mean everyone, hates your 5.X version on the Mac. What will matter to have a nice chat window, if no one likes the whole application? As many other people I’m staying with 2.8, and I don’t care about chat windows, or anything else you think will add benefits to the 5.x version, just get rid of that horrible interface!!!”

Instead of being content to sit and complain in the comments, designer Matthias Kampitsch decided to take the “customize Skype for Mac” thing a bit further and actually redesign the whole thing (above/below). The result? A cleaner, more intuitive way to use Skype, complete with a global menu bar short cut and an online/offline contacts hierarchy.

Consider this a warning, Skype.

In the meantime you can get Skype v2.8 back here. 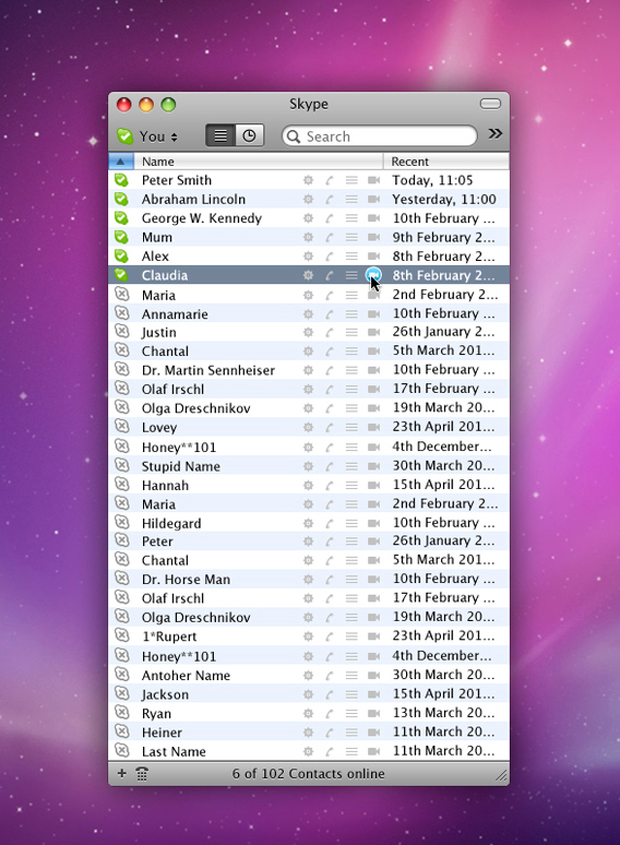 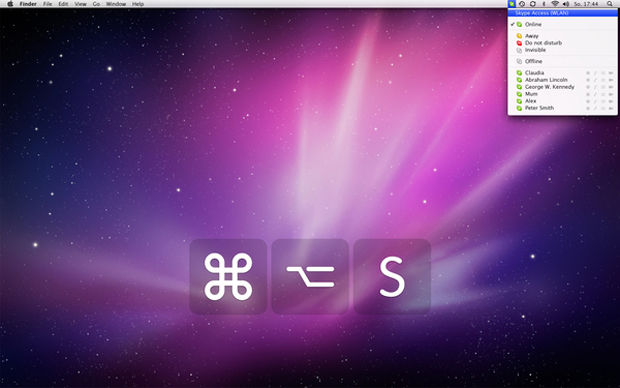