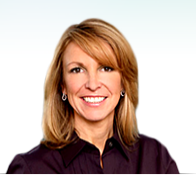 Microsoft has had its share of executive departures lately. The latest one to exit the software giant is Mich Mathews, senior vice president for Microsoft’s Central Marketing Group and one out of only two women on the company’s senior leadership team, reports AdAge.

Here’s why this is rather big news: Mathews has been with Microsoft for 22 years and currently oversees more than $1 billion in ad spending and marketing efforts for consumer brands such as Windows, Bing and Xbox.

According to AdAge, who spoke with Mathews about the news, she announced her retirement last night to company execs after making a decision to leave the software company over the Christmas holidays.

Mathews started working with Microsoft in 1989, and for nearly four years worked with Microsoft as a consultant in the UK before switching to a full-time role in 1993. By 1999, she was named an officer of the company, and rose all the way to the top.

She will now be helping Microsoft COO Kevin Turner, to whom she reports, and chief executive Steve Ballmer find someone to replace her when she steps down next Summer.

Mathews reportedly plans to take a break and then start ‘chapter two’ of her career, although she doesn’t have a new job lined up yet.

This isn’t exactly the first high-profile departure at Microsoft in recent times.

Microsoft also lost Bob Muglia, the president of its server and tools business, chief software architect Ray Ozzie, the head of its business division Stephen Elop and both J. Allard and Robbie Bach, who headed its Entertainment and Devices Division.