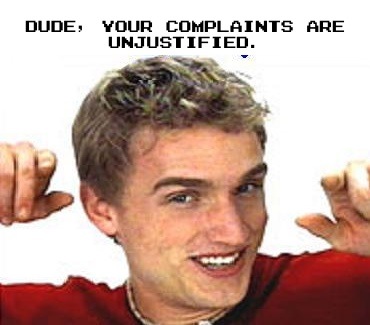 Dell’s Andy Lark may know a thing or two about heavy iron in the enterprise but when it comes to the gadgets that are quickly replacing that heavy iron, he’s sorely mistaken. Take the iPad, for example. In a CIO interview, Lark says:

“An iPad with a keyboard, a mouse and a case [means] you’ll be at $1500 or $1600; that’s double of what you’re paying,” he claimed. “That’s not feasible…. Apple is great if you’ve got a lot of money and live on an island. It’s not so great if you have to exist in a diverse, open, connected enterprise; simple things become quite complex.”

ORLY? Considering, as Darren Murph points out, a majority of Fortune 100 companies are piloting the device and allowing many execs to use and carry it, harping on price is probably not the way to go, especially when the harping is wildly out of whack with reality.

Dell has every right to be worried about Apple. For most of the Information Age they’ve ruled the roost when it came to enterprise laptops and desktops and they continue to do well in that space. But now that the vast majority of start-ups hand out MacBook Pros to their new hires instead of Dell Latitudes, they have a problem. FUD isn’t the answer here.