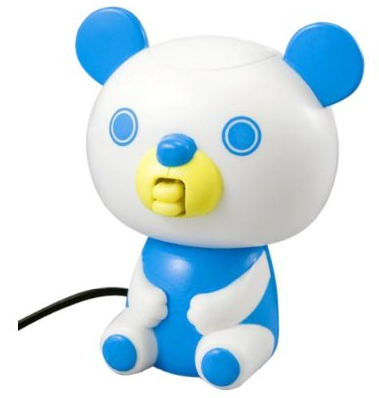 On Friday, we’ve shown you Twimal, a super-cute USB toy for Twitter users that can read specific tweets out loud (so you don’t have to look at the computer screen to follow your time line). But before Takara Tomy, a smaller Japanese toy company called WiZ has brought the so-called Charatter [JP] to the Japanese market, a teddy bear that’s able to do the same.

What’s special about Charatter is that it can be used on both Windows PCs (software install required) and the iPhone (after the user installs the free Charatter iPhone app/see below) and that the little bear moves his lip in sync with the tweets he reads. 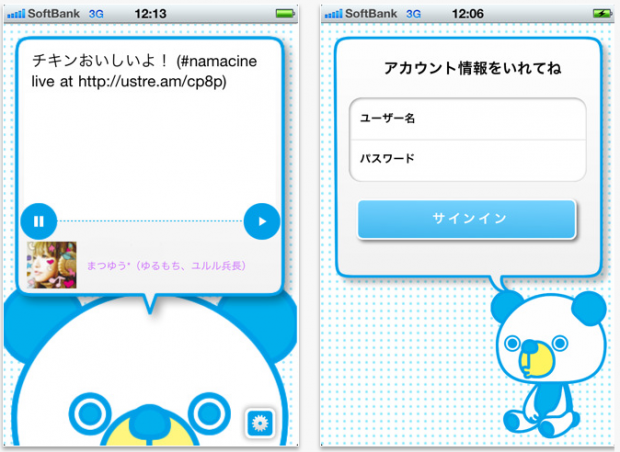 The bear stands 9.5cm tall, is battery-powered and was released in Japan last year. 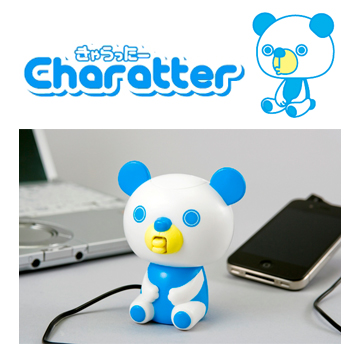 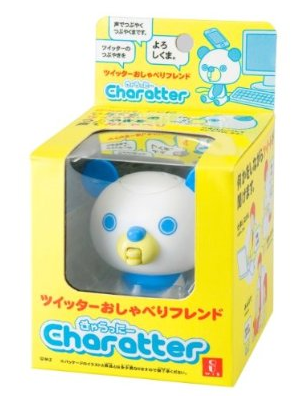 As the Charatter is Japan only, I am not sure how well it handles tweets in English. If you want to lay your hands on one, I suggest contacting specialized shopping services like Rinkya or Flutterscape (they can can surely get one shipped outside Japan).