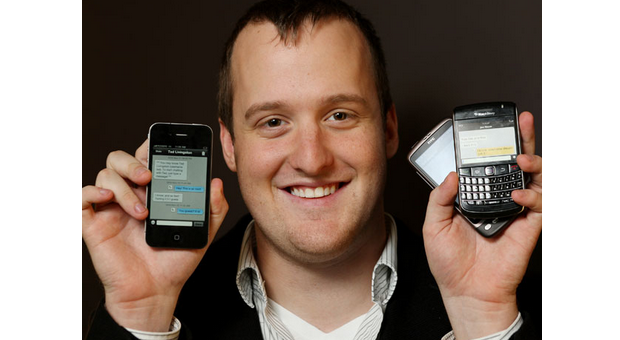 The founder of messaging app Kik, 23-year-old entrepreneur Ted Livingston, has donated $1 million to The University of Waterloo’s VeloCity Residence, a residence-based mobile and digital startups incubator (dormcubator?) where his own startup ambitions were sparked.

The University of Waterloo will now also establish a $1 million seed fund for student startups and intends to provide “at least 30 student ventures” with $25,000 as well as four months of office space, incorporation services and mentoring over the next few years.

According to the press release announcing the donation, the $25,000 awards match the amount of money left to Livingston by his grandfather – money that apparently kept Kik afloat and fuelled the company’s development in its earliest days.

Livingston, who studied mechatronics engineering at Waterloo between 2005 and 2009, founded Kik (then called Unsynced) while in the VeloCity residence in Winter 2009.

As we reported, Kik recently raised $8 million in Series A funding.

Indeed, the $1 million donation to the University of Waterloo was made possible by Livingston selling some of his personal Kik shares in that round to one of three VC investors (in order to prevent further dilution of other Kik employees’ shares).

It’s an inspiring move, so I’ll leave you with a quote from Livingston to chew on:

“With few responsibilities and surrounded by other talented minds, UW students are uniquely positioned to start world-changing companies. Unfortunately, few investors are willing to bet on young entrepreneurs, especially in Canada, so getting the start-up funds they need is a huge challenge. This fund is a step towards changing that.”

(Photograph by Dave Chidley for National Post, via The Gazette)