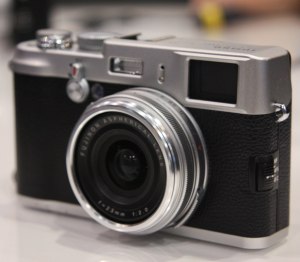 The beautiful and potentially functional X100 has had its US release delayed for some time, first because of enormous popularity and limited inventory, and then because of the natural disasters striking Japan. Other tech industries were hit hard as well, but they seem to be gradually picking up the pieces as relief and reconstruction begin.

Fujifilm says that cameras should reach stores at the beginning of April.