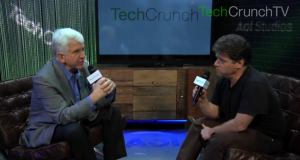 When Bob Metcalfe says that there’s a social networking bubble, we should take notice. Inventor of the Ethernet, coiner of Metcalfe’s Law, founder of 3Com, a technology pundit and publisher at InfoWorld, VC at Polaris Ventures, and now Professor of Innovation at the University of Texas, Metcalfe is one of the true pioneers of Internet technology and business.

But, in spite of Metcalfe’s sense that the social networking bubble will burst, he remains bullish about innovation on the Internet. In particular, he sees three sectors which are about to be radically disrupted by the Internet: healthcare, education and energy. That’s where we’re going next, Metcalfe predicts. So forget about your social media start-up, he advises, and focus on reinventing the education, healthcare and energy industries.

This is the second in a two-part interview with Metcalfe. Check out yesterday’s interview when he talks about his invention of the ethernet and Metcalfe’s Law, as well as his infamous 2000 prediction that the Internet was about to collapse.