Up here in Seattle there’s a band called A Gun That Shoots Knives. That’s a good idea, but until we get the technology for that ultimate weapon worked out, we’re going to have to use A Crossbow That Shoots Machetes. 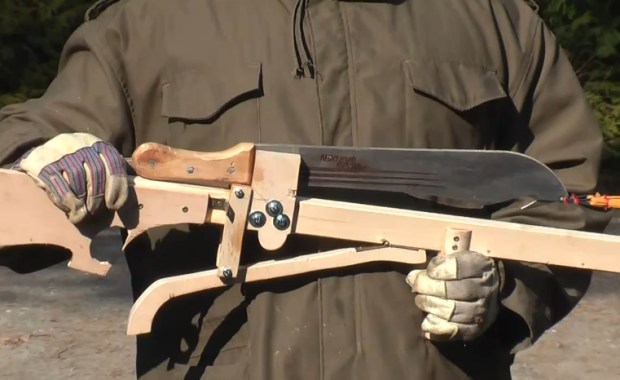 Yes, yes, it’s really more like a slingshot with a little extra structure to it, but Slingshot That Shoots Machetes doesn’t have the same ring to it.

Interestingly, this subverts the common wisdom that “machetes don’t run out of ammo.” Take that, Max Brooks!

[via Geekologie and Neatorama]