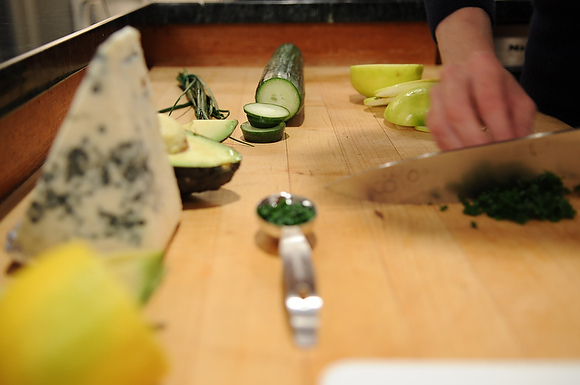 The entity with the greatest influence on what Americans cook is not Costco or Trader Joe’s. It’s not the Food Network or The New York Times. It’s Google . Every month about a billion of its searches are for recipes. The dishes that its search engine turns up, particularly those on the first page of results, have a huge impact on what Americans cook. Which is why, with a recent change in its recipe search, Google has, in effect, taken sides in the food war. Unfortunately, it’s taken the wrong one.

In late February, when Google announced that it was adding a new kind of search, specifically for recipes, it seemed like good news for a site devoted to cooking—at last Google was shining its searchlight on content we deeply care about. But then came the bad news: once you get your new recipe results, you can refine the results in just 3 ways: by ingredient, by cooking time and by calories. While Google was just trying to improve its algorithm, thereby making the path to recipes easier and more efficient, it inadvertently stepped into the middle of the battle between the quick-and-easy faction and the cooking-matters group.

The problem is that this new search effectively prevents the thousands of excellent cooking sites and blogs from ever seeing the light of day. More importantly, those smaller sites and blogs are where much of the best work in food is happening online. Google recipe search now fails to deliver their promise of producing the most relevant results—because in recipes, the most relevant result is the best recipe.

Instead, its search engine gives vast advantage to the largest recipe websites with the resources to input all this metadata, and particularly those who home in on “quick and easy” and low calorie dishes. In so doing, Google unwittingly—but damagingly—promotes a cooking culture focused on speed and diets.

Take, for instance, a recent search for “cassoulet.” The top search result is a promising recipe from Epicurious, one of the larger and better sites. But if you refine by time, your choices are “less than 15 min,” “less than 30 min,” or “less than 60 min.” There is no option for more than 60 minutes. In truth, a classic cassoulet takes at least 4 hours to make, if not several days (the Epicurious recipe takes 4 hours and 30 minutes); yet there in the results are recipes under each of these three time classes. One from Tablespoon goes so far as to claim to take just 1 minute. (It’s made with kidney beans, canned mushrooms, and beef, so it’s not long on authenticity.)

If you refine by calories, you can even find two cassoulets that are purportedly fewer than 100 calories per person: the Lamb Shank Cassoulet from Good To Know contains a full lamb shank and sausage link per serving, yet is supposed to weigh in at just 77 calories a serving. No such dish exists unless the serving size is a pinch.

For something more mundane like fried chicken, a refinement of “less than 15 min” takes you to a recipe on Food that claims the total prep and cooking time is six minutes, even though the recipe itself tells you to bake it for 1 hour. Even if you do find a recipe that accurately claims a fast cooking time, how will you know it’s a good recipe? Refining recipe search by time doesn’t result in better recipes rising to the top; rather, the new winners are recipes packaged for the American eating and cooking disorder.

Google’s new approach is misguided even if sites don’t try to game it. What does cooking time really mean, anyway? What happens when you must marinate a dish for 24 hours? Do you count that as prep time or cooking time? The tradition of prep times began creeping into our cooking culture about 30 years ago with the rise of quick-cooking columns. They’ve long acted more as a marketing tool than as helpful information. The proliferation of cooking times has not only put pressure on writers to fudge times, but has encouraged editors to stop running recipes that take longer than an hour. Lost in the rankings will be such slow-build classics as paella and layer cakes.

Google must surely know that recipes are anything but precise formulas: they’re descriptive guides, and quality cannot be quantified in calories or time. The search engine’s real opportunity lies in understanding the metrics that actually reflect great quality. A simple place to start is by tracking the number of comments relative to pageviews, the number of Facebook likes a recipe has garnered, or how often a recipe has been shared. A recipe with 74 comments is almost certainly better than one that takes 8 minutes to make. (And at some point, Google should create its own system for calculating calories.)

I’m glad Google put effort into improving its recipe search, but their solution feels robotic rather than thoughtful. If they don’t change their current approach, I fear to contemplate the future of American cooking. As it stands, Google’s recipe search gives undue advantage to the “quick & easy” recipe sites, encourages dishonesty, and sets up people to be dissuaded from cooking, as they will soon learn that recipes always end up taking more time than they expected. Alas, the search algorithm fundamentally misunderstands what recipe searchers are really looking for: great recipes.